A Bit of a Throwback

My buddy Scott, with whom I've been gaming for about 30 years, works his butt off at the Toyota plant with piles of mandatory over time, so he rarely gets out for games. He likes big horse and musket battles too, which neither of us get to play much any more.

But this past Saturday he brought down part of the enormous 28mm Napoleonic collection that he's been getting painted for the past 2 or 3 years. He's got a Corps each of Austrians and French (all Perry Miniatures) plus some lovely Crescent Root buildings.

So we set up far too many figures on far too complex a table with far too complicated a scenario and bashed on with Black Powder.

But fun was had. German and Hungarian infantry held off charging squadrons of Hussars and lancers. French infantry stormed the dug in battery where some of the gunners held on far longer than expected. German counterattack columns disappeared like mist. Jaegers held a column attack for four rounds of hand to hand before destroying the French. Austrian cavalry arrived at literally the 11th hour turning the tide. 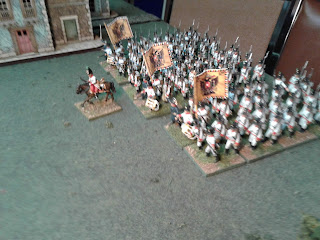 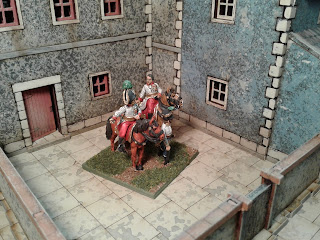 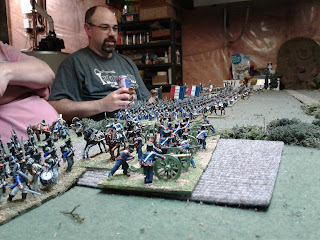 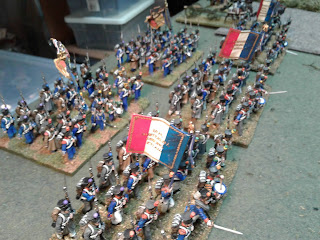 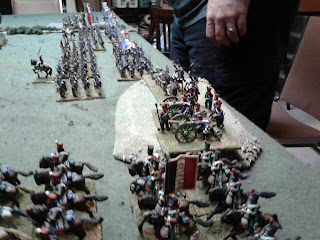 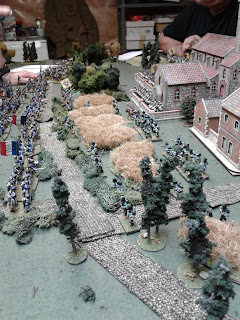 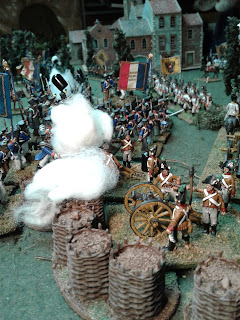 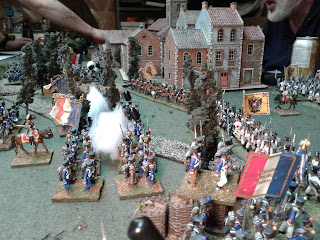 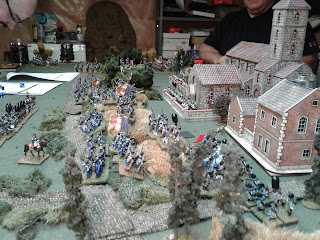 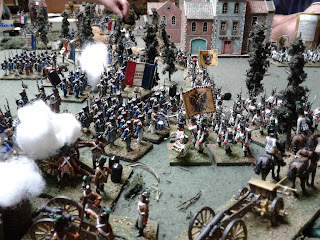 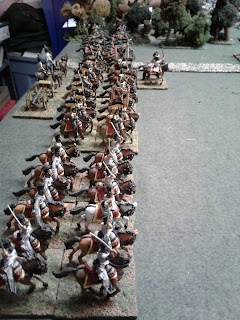 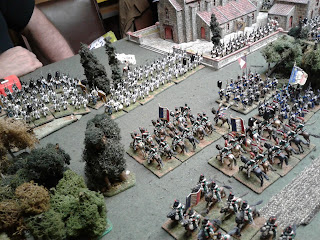 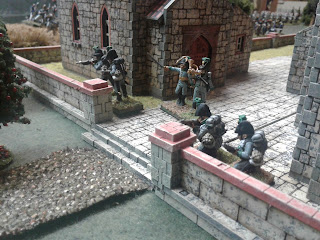 Scott is getting his own game room and terrain together, featuring a 5x12 table. Hopefully we'll be able to get his whole collection out! He'd like to try General d'Armee as well.
Posted by James at 2:45 PM