Many years ago I made a Very Boring Hill for my 15mm Sassanid Persians.  It was a a rough cone of expanded polystyrene  (the crumbly white stuff) covered in tissue paper, glue,  and sand. Troops slid down the sides like they were on a ski holiday. It was terrible, but I never threw it out because I'm like that. 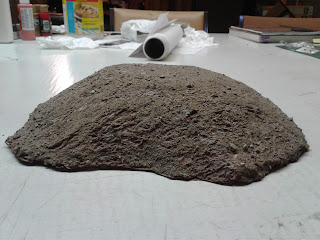 Decided to give it a renovation similar to my other hills, since I'm feeling a bit Middle Earthy and might get some more dwarves later this year. So a nice rocky hill that can be defended resolutely by dwarves or elves is what I wanted. Plus I wanted to try some things out before launching into a tower on a rocky hill suitable for dwarves and elves.

Friday might I sat down with a box of chunks of insulating foam from saved off cuts, and a hobby knife. I carved rock shapes and glued them in place with wood glue. 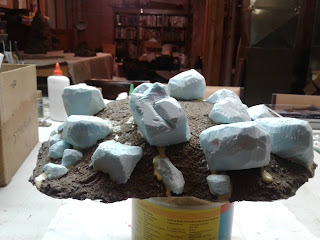 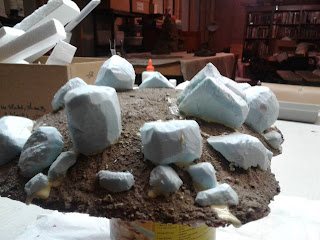 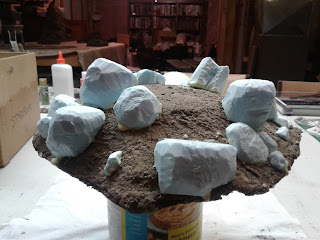 I wanted to make sure the top was left open to hold a unit, and also make some ledges for figures attacking up the slopes to stand on.

Saturday morning the cracks were filled with latex caulk, smoothed out with a wet finger. 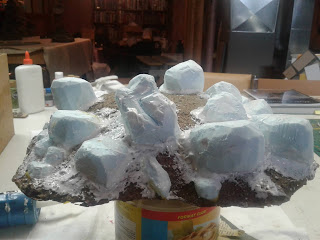 Sunday morning I grabbed a big brush and big bottles of cheap craft paint and slapped on a runny base coat of black and brown. 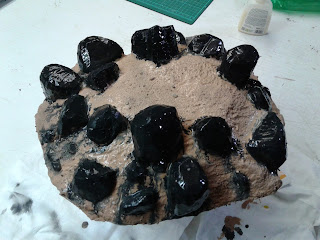 After lunch I grabbed a big old stiff nylon brush from 25 years ago when the kids did tempra painting. 3 shades of grey and some tan to do a fast and dirty dry brush of the highlights. Some of the base colours were still wet, but that just created some interesting blending. 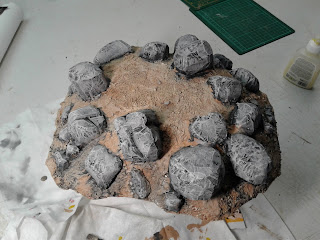 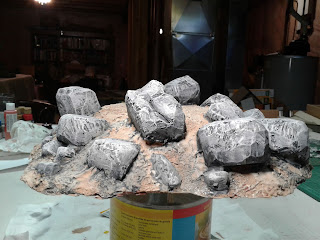 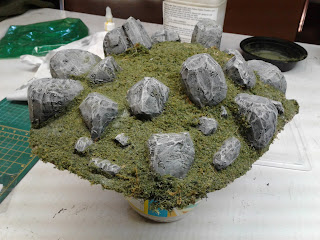 And some flower tufts after dinner. 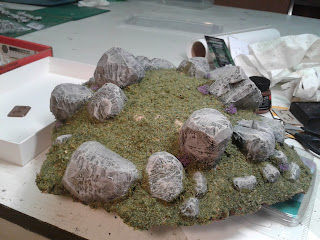 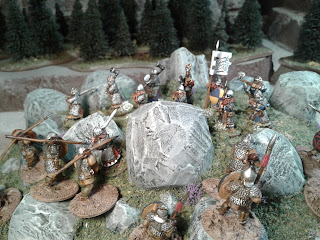 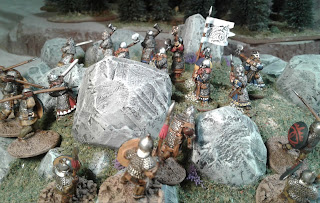 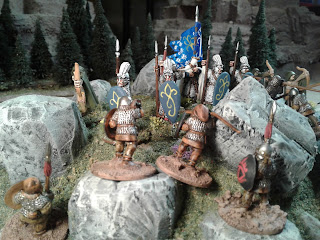 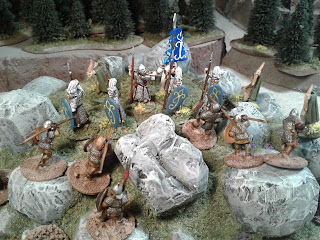 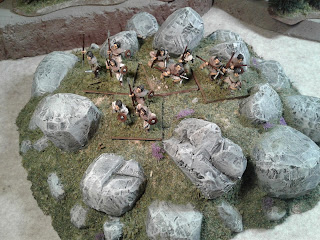