A gaming contact had purchased one  from Baxmod Models out of South Africa for a 1985 era 4 Canadian Mechanized Brigade Group (Canada's NATO contingent) project.

After assembling the model he realized that it was on the current Leopard 2 hull. He needs one on the Leopard 1 hull. After reading about my Canadians in the Panjwayi project he contacted me with a deal.

So this arrived in the mail this week: 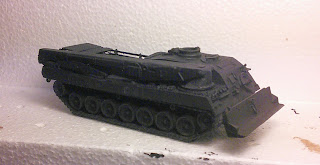 And he did a brilliant job with some rare earth magnets so that the crane moves! 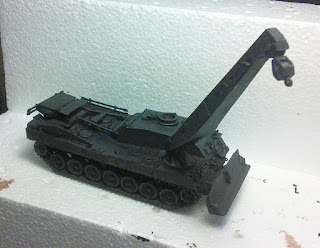 Here it is compared to my Dragon Models Leopard: 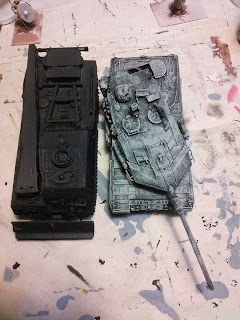 My Combat Engineer detachment just got an upgrade!
Posted by James at 7:33 PM 3 comments:

Pulling it out of my ass

"Welcome to the Panjwayi, where the rules are made up and the die rolls don't matter!"

I ran my Afghanistan game twice at Hotlead. Of course committing to a game when you aren't sure what rules to use is not a good idea. But with FUBAR and Black Ops as a basis and some ideas from Chain of Command (3 activations per unit per turn, d6 to move) I had a one page outline to work with. The rest would be role play and free kreigspiel as the players ran parts of the Canadian team (a reinforced platoon) against me, who was both the Taliban and Call Sign 0 (Battle Group HQ).

To be honest, setting out my game was mainly an exercise in showing off. And I took some pleasure in guys who had been there saying it looked really good.

For the scenario I went with the searching the village for a bomb factory that I had played earlier with the Mad Padre and Patrick. The village layout changed and I gave the Canadians more assets to accommodate more players. Perhaps too many assets, as the Coyote patrol and the Leopard added a considerable amount of firepower!

Interestingly enough, in the first game, the players took more hits, but also achieved more success. An ANA fireteam had gotten shot up and were moved to a casualty collection point behind the HQ LAV. Nobody swept the pot field or established a perimeter. So I snuck a cell in the pot field over and opened up, putting an RPG into the open back of the LAV! The Lt. was wounded and the signaller was killed and several ANA were killed. But meanwhile they had taken 10 prisoners, found the bomb factory (my suicide bombers sallied out to no effect) and they captured a mid-level commander whom I had forgotten to move before his compound was surrounded by LAVs and troops!

In an example of pure role play, they were taking fire from a grape hut and naturally the rifle and 25mm fire was having little effect. So they rolled up the Leopard and on it's next turn it used all three activations to fire HE into the structure. All the Taliban inside were quite thoroughly dead, but I didn't tell them and kept dropping wound and suppression markers inside as they kept up the small arms fire until they cautiously crept some ANA up. "I want to spot inside" Rolls a '2'. "There's too much dust and smoke you don't see anything." Again. A '2' with the same result. Finally he throws in a grenade and storms in to find gore smeared rubble.

The second game featured the Canadians using the ANA up front as ablative armour. They also totally neglected to spot for IEDs or even ask what my IED markers beside the road meant. So considerable panic ensued when 7 of them detonated at once! Little damage caused, but got them thinking. But then my Taliban HMG opened up from the roof of the bomb factory and the Lt. called in for support. I rolled as CS 0 and got a '6'. Support on the way. But what? Rolled a '3'.

Earlier, the player playing the Lt. had talked about his time in Afghanistan with a training mission and he mentioned the desired mix of air support. Apparently with Dutch F-16s, British Apaches and American A-10s overhead you can get whatever you want on the target. So with the '3' I decided a British Apache was inbound.... roll a die... one turn out. (and  here's me without my Apache model done yet!). 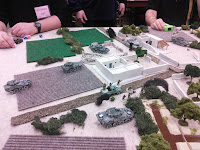 So the players held back and the Lt. said "Make that building disappear." I had him roll 20 dice at a time (I figured 10 per missile, 2 missiles per activation), then rolled a die myself as I pondered the results. By the second salvo I figured the building was destroyed and the munitions inside were causing secondary explosions. I told them they could see a lot of unarmed fighting aged males running through the grape fields to the south and smoke was coming from another compound where they'd find the remains of a destroyed and abandoned mid-level HQ.

Everyone seemed to enjoy themselves, so mission accomplished. But maybe I should add a second page of rule notes for indirect and air support and anti-tank fire....
Posted by James at 8:47 AM 10 comments:

Another Hotlead has come and gone.
My throat is still sore from talking all weekend.
I had some bumps earlier in the week leading up to the show, but they got sorted with minimal fuss.
We ended up with only 80 games. Some were cancelled because of a health issues or life getting in the way. But another totally slipped through the cracks and wasn't in my first number. Plus there were an unrecorded number of pickup games filling empty slots, and 80 participation games is still a record.
We also had record numbers of attendance. Significantly more folks came Friday night and stayed all weekend, which also made Sunday very busy too with a full room of games.

I ran my Afghanistan game Friday night and Saturday night, I'll post pics of that later when I talk about the game itself. But it's been awhile since I ran a game at Hotlead and it didn't stress me too much this year.

So on to the games: 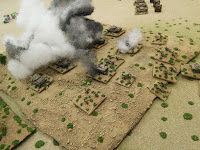 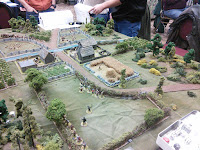 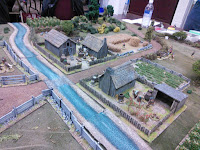 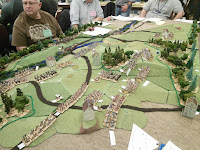 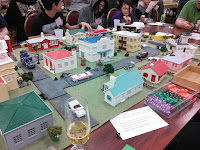 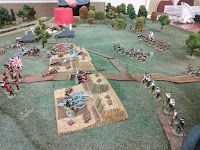 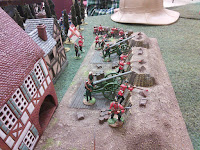 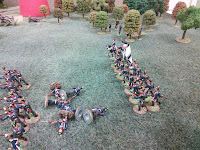 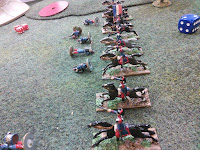 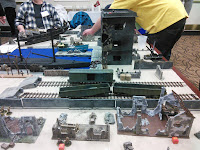 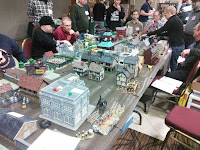 An excellent weekend with friends new and old. Saw lots of great looking games. Didn't find much to buy though. Mrs. Rabbitman noticed many new faces in the registration line, which made up for the few who couldn't make it or went to Cold Wars instead. Also we saw a lot of youngsters old enough now to come with dad (and sometimes mum too!) to play, so there's hope for the future.
Among the happy reunions, Bob Murch, the two-fisted sculptor and evil mastermind behind Pulp Figures made an appearance. Bob launched Pulp Figures from a suitcase beside his Rugged Adventures games set in the Far East in the very early days of Hotlead. Then he left for British Columbia and we haven't seen him in a while. But now he's joining forces with RAFM which I think will make everyone, especially the gamers, happy.
I'm not sure what RAFM and Bob are plotting but he muttered something about "Rugged Adventures must rise again!" followed by evil chuckles. This reporter will watch with interest.

My friend Don was up from Las Vegas and didn't fly home until Monday, so Sunday afternoon we drove to Hamilton Ontario to check out the Canadian Plastic Model Show held at the Canadian Warplane Heritage Museum. We both felt that many of the gaming miniatures at Hotlead were equal or better than many of the entries in the model competition! But it was a beautiful day for a drive to look at the museum's collection of old warbirds.
Posted by James at 10:01 AM 3 comments: