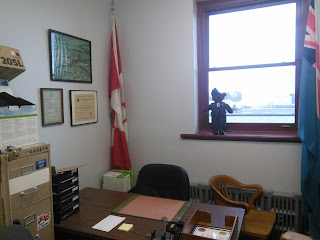 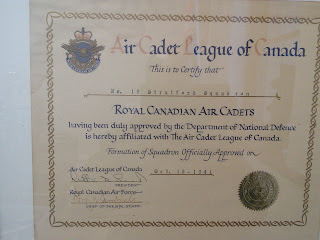 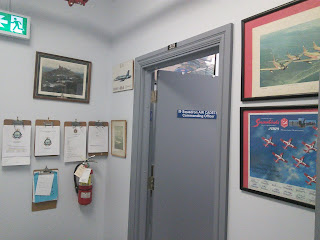 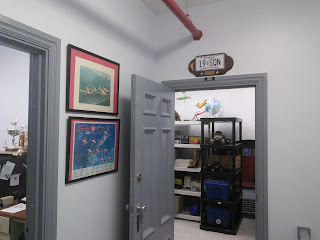 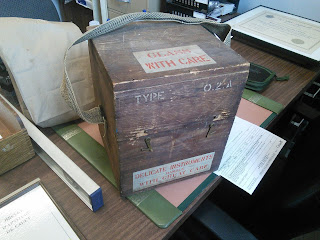 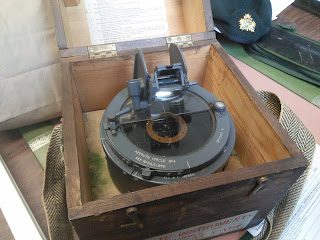 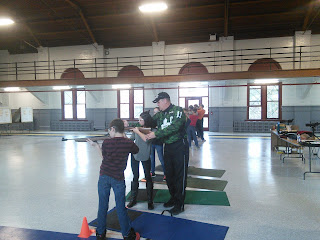 It's been a productive weekend. Of course taking 2 days before and 2 days after to take care of some things has helped.

Here are the first troops for my Dragon Rampant Middle Earth project.

The first company of elite heavy foot dwarves. These are dwarven huscarls with a mix of axes, hammers and two handed swords. I gave them white flowers because of the edelweiss and it's association with mountain troops.

A company of elite heavy foot Elf warriors to support all those archers and protect the Queen as she casts her spells. 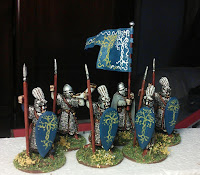 The elves get yellow flower tufts to accent the blue and yellow shields.

The Elven King, a hero and a certain wizard who has come from the West. The king came with a spear but I had a nice sword in my bits box. 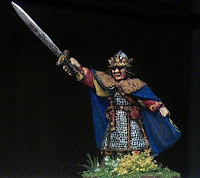 The design on the king's cloak helped me decide upon the colours for the shields and banner to pull the force together visually. Gandalf is from the Old Glory pack of wizards. My daughter had painted him purple or something about 20 years ago, but a week in a tub of Simple Green fixed that.

The banner was a challenge. Using the Two Trees of Valinor as a starting point I needed a dark background for the white and yellow. Also replicating the intertwined twisting design of the cloak and shields was fun to free hand.

It was also impossible to duplicate exactly on both sides, but I figure the elves would appreciate the organic nature of the design.


I'm undecided about which one turned out better.

And because I'm equal opportunity, the first company of goblins are ready too. A pack of small orcs charging with some archers. For their skin I started with black, highlighted with dark flesh and then given a brown wash. For their clothes I kept to a muted pallet of grey and brown and then gave everything a brown wash. Armour was GW bolt gun or pewter, brown washed and then highlighted again. I hemmed and hawed over the shields and finally copped out and gave them the Eye of Mordor since we have no canonical reference for Angmar except for the orcs having red and black banners at the Battle of the Five Armies.

I was initially going to base them three to a 40x40 stand, but my art board is thick like the GW slotta bases and I didn't want to make them appear taller than the elves, so individually on fender washers it is.

I covered the bases with a layer of fine sand and gravel. I then painted them burnt umber and dry brushed sable brown over top. I then saw them from above and at an angle (as you would when viewing them in a game) and saw all these specks of shining steel! The washers, being an afterthought, had missed getting primed and I didn't think it necessary to prepaint them before gluing on the grit. So the thinned out burnt umber didn't stick and pulled away, leaving specks of uncovered washer shining through! I tried stabbing at the specks with a stiff brush to poor effect! Finally I ended up using some brown ink to get at the clear steel hiding between the pieces of grit.

I also did half of my unit of trolls. The skin was Vallejo kahki grey and then given a thin brown wash. I based them on thicker bases to cheat the eyes and help them look bigger.

The armies of Angmar also get another wizard. He's from the same pack as Gandalf. The sinister cloak and the Eye on top of his staff settled him as an evil doer. After soaking in Simple Green he got a red robe with some mystic yellow sigils around the hem and a black cloak. He obviously hasn't been completely corrupted, since he's still visibly human.

My Air Cadets performed an overnight vigil at the Cenotaph this year. They've been doing it for 12 years apparently. A third of them were new cadets who had only just been taught to march so watching them perform the evolutions to get the guards switched was amusing, but they were very earnest and took it seriously.

Here is the vigil guard at night: 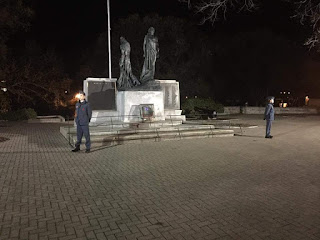 Then in the morning we put on a team of all senior cadets who knew their rifle drill: 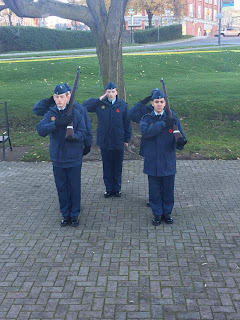 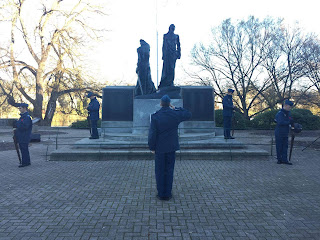 Of course they had to hustle back to the Legion hall to get some breakfast before the parade formed up at 10.

I couldn't see because I was out front, but my staff told me that they all looked sharp with minimal squirming and their marching was good too.

My Remembrance reading this year was "Unflinching, the Making of a Canadian Sniper" by Jody Mitic. An interesting memoir by a young man who lost both legs to a mine in Afghanistan. Most of the book is his early years and training, culminating in his deployment to Afghanistan. The details of how scout-sniper teams were used was quite informative. His recounting of his struggle with depression and addiction to pain killers was open and honest. His conclusion that he wouldn't change anything, because he met his wife due to his injuries, was humbling.
Posted by James at 5:32 AM No comments:

Mikey and a van load of friends always go to Fall In. I made it once in 2008, but then my employment became rather precarious and I haven't had the funds or (perhaps more importantly) vacation time since. But, like the Children of Israel during the Diaspora, I live in hope. "Next year, Fall In!"

Mikey always takes a gym bag of stuff and gets a flea market table.  Sometimes he is just selling things from a previous flea market. But I'm not judging. He often makes buck or two on the deal.

This year I managed to see him before he left and was organised enough to send some of my own lead pile, hoping that with the greater attendance at Fall In over Hotlead, my unwanted treasures might find new homes and fetch decent prices.

When I found out that Sergeant Major Miniatures would be in attendance I sent a list of things to pick up. What Mikey sold covered most of my list, so I've managed a tidy exchange of unwanted lead for new lead that I'm actually interested in. So a Dwarf king with standards and more axe wielding huscarls for two more units of elite foot. Elf bowmen (can you have enough?). Orc command, spearmen and archers to make two more units of foot with integrated archers. 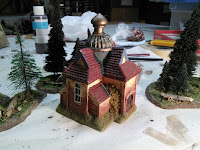 So I can see my Austrian Grenzers fighting around that I think.

Tonight I also finished up a big 60 tree bag of Henke pine trees giving me 90 more. While I was at it I refurbished my old pine trees that I removed from their CDs and rebased to match. 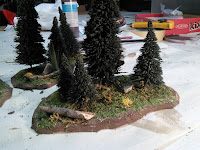 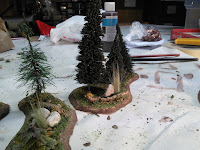 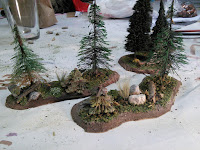 As you'll note, I've added tufts of longer weeds and some flowers among the rocks and fallen logs to make things pop a bit. Some of my older trees look pretty scraggly, but some trees do in the wild. The small plastic pines are my oldest terrain, originating from a Fort Apache play set.

I've also been working on the first contingent from Middle Earth.


Almost done really. Just a few more ink washes, highlights and pick out some details then the bases.
Posted by James at 8:03 PM 3 comments: