In Which Capt Rabbitman Relinquishes His Burdens

Three years ago  when I first took at look at what was to be my new command I found 20 cadets, a very serious, brand new OCdt and a small staff with an average age of 59 or so, and a Support Committee of 4. My objective for my tour of command was to rebuild and effect some cultural changes to revitalize the unit.

This past Saturday I handed over command of the Squadron to the same young lady, now a Lieutenant. After three years of anxiety, self-doubt and constantly thinking that I've messed up, I realized that I had achieved all of my strategic goals, and many tactical objectives too. The Squadron has now 39 cadets on strength, more, younger staff and an engaged enthusiastic Support Committee of 11 for fundraising. 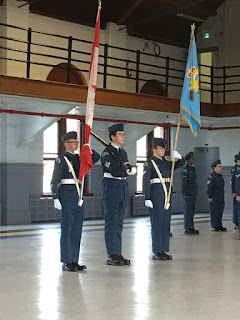 The Area Commander gave me this nice tangible recognition of a job well done. 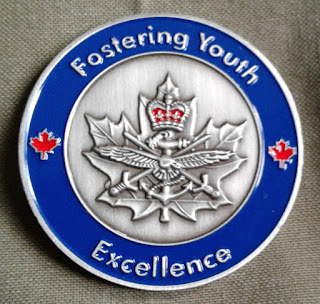 From the cadets a nice picture of a Spitfire for me and a bouquet of Air Cadet blue and yellow flowers for the patiently supportive Mrs. Rabbitman . 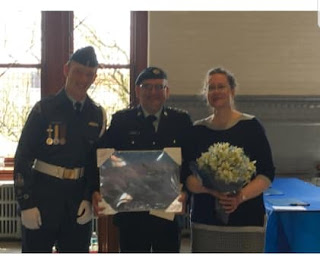 I'm staying with the Squadron for at least a year. I'm just switching desks and hats to DCO and help train our young staff. Hopefully more time working directly with the cadets and less time in meetings will revitalize me too.

In Which Capt. Rabbitman Takes His Cadets to See the Big Zoomy Thing

A Warrent Officer working at HQ in London leveraged his connections in the Sr. NCM Mafia to bring a C17 Globemaster transport jet from 428 Squadron to London last Saturday for familiarization flights with the Air Cadets. It was a long weekend and only a month's notice, plus seats were limited, so I had a few stressful weeks getting names confirmed, and then removing names from the list up to the last day as cadets dropped out.

But we arrived in London to be told the aircraft was 7 hours late (mechanical issues, aircraft had to be rerouted) and a very harried Sergeant was working frantically to reconfigure the chalks. 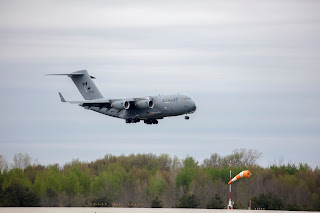 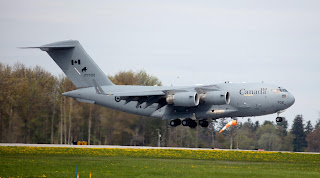 However the giant aircraft arrived shortly after we did and our bus driver was OK with staying late. So we hung around and waited.... 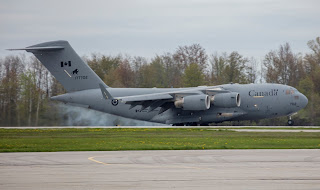 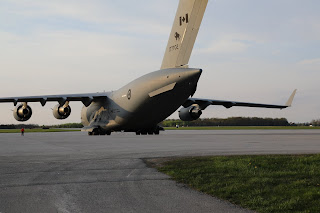 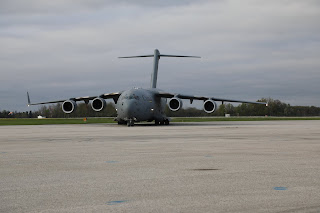 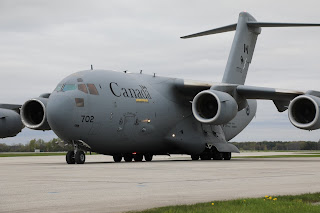 But at last we were organized into our chalk, put in our ear plugs and got loaded! 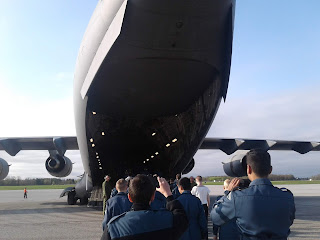 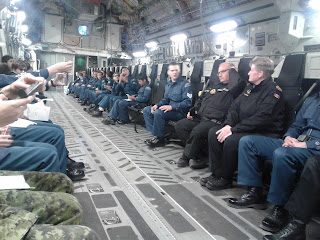 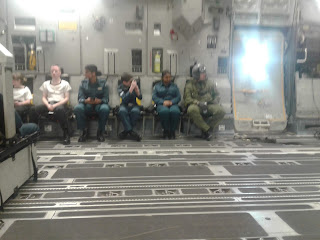 For a good part of our half hour flight the aircraft flew with the ramp down, which provided quite the view. 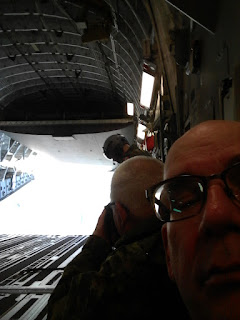 My friend Maj Steve Wilson (he's behind me in the above pic with white hair) has a very nice camera and took most of these pictures. My cell phone mostly got glare trying to shoot the open hatch.

It was quite the view as the large, but nimble, jet swooped along the shore of L. Erie. 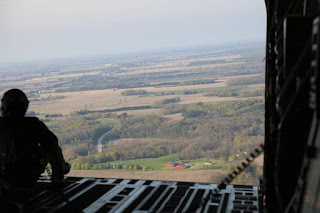 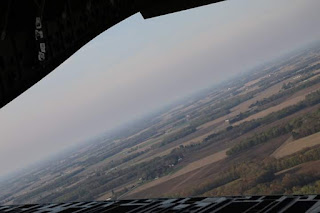 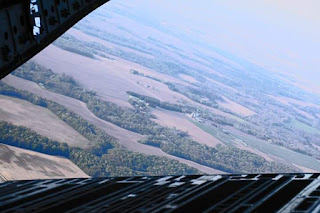 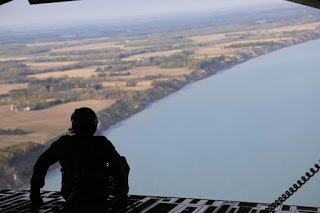 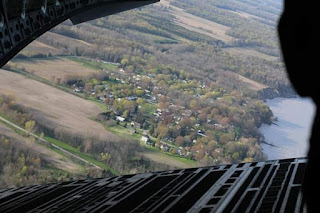 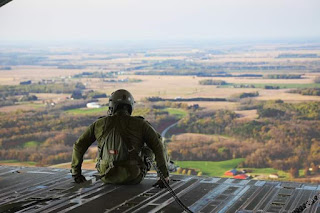 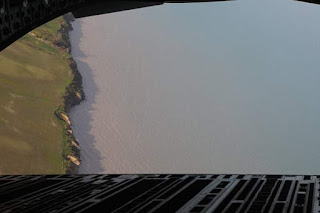 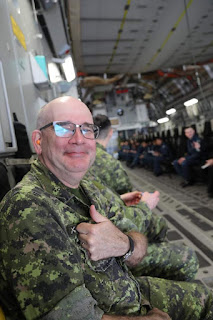 A much later day than planned, but enjoyed by all.
Posted by James at 5:19 PM 2 comments: