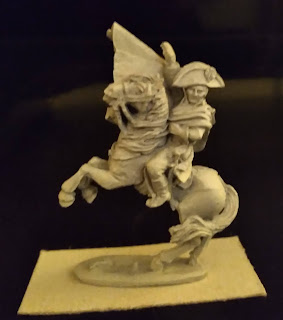 He was a limited edition free give away from Old Glory when you subscribed to their short lived glossy magazine La Gloire. 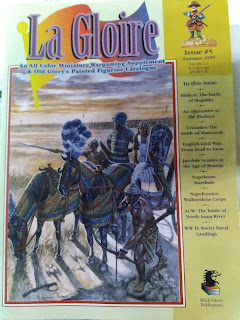 It is a replica of the famous, and notoriously glamourized, painting by David "Napoleon Crossing the Alps". There were 5 versions done by David, with differences in cloak and horse colour. I chose as my reference this one, from the Palace of Versailles, painted in 1802, with heroic grey horse and red cloak: 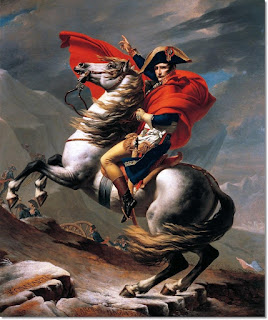 I've done my best to copy the original, although the odd horse coloration has been a challenge. But here it is, after waiting 23 years in the lead pile and now ready for Glory! 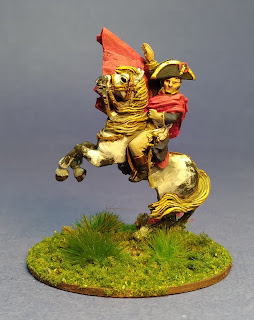 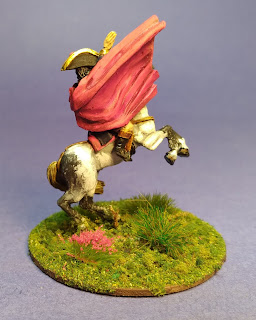 On Twitter I am connected to a lot of Lardies around the world. In the UK, the Lard community have been organizing successful Lardy Games Days over the last few years, which the rest of us have only been able to enjoy vicariously. With Covid restrictions everywhere, one of the Lardies, Jeremy, started putting them on line as Virtual Lard. I heard the buzz with VL3, tried to register for a game in VL4, but it was booked up by the time I remembered. So this time I set a reminder on my phone, got myself up to speed with game choices and how to register etc. and had my 6 choices sent in within 5 minutes of registration opening at 1800 hrs GMT (or 1300 and the middle of my work day my time!).

Being 5 hours behind the UK, I wasn't going to sign up for a morning session game. I got my 3rd choice, a Chain of Command game in the afternoon slot using rule variants for WW1 and run by Alex, who is a WW1 battlefield archaeologist. Alex has the Storm of Steel Wargaming YouTube channel and blog. So a 0930 start time for me, and this being what should have been Hot Lead weekend, I even had my traditional Hot Lead headache, but a hot shower and 3 mugs of tea saw me right.

Thanks to Alex for sending me these pictures. 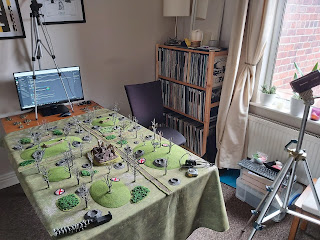 The game was based upon the British attack through Bourlon Wood during the Battle of Cambrai in 1917. The Germans were played by Trevor in Nebraska, while Peter in Cornwall and I ran the British, all hosted on Alex's table in Yorkshire.
Peter and I tried pushing up through the woods on the right of the ruined building, which was a hunting lodge that Alex actually excavated a few years ago. Our rifle grenade section in the ruins did good work knocking out a Spandau team, but anyone trying to push past the woods to engage the German trenches got hammered. Our Lewis gun section almost routed off table and our Bomber section evaporated. We got our tanks up, without either breaking down, were able to bring our guns to bear on the trenches and then brought in a barrage from some Stokes mortars. We pushed our rifle section up beside the tanks to charge in as soon as the barrage lifted.

Sensing that he was going to be whittled away, Trevor charged out with two sections, lead by his Leutnant and armed with bundle grenades to destroy the tanks. British Force Morale was at 3, so any set back would probably end the game for us. A vicious hand to hand fight developed, but snatching victory from the iron jaws of defeat, I rolled 8 kills to his 4, breaking the charge and his two sections. German Force Morale plummeted from 5 to 0! A narrow British victory.
Last weekend I also helped Brian playtest his game for VL5. His game was Coastal Patrol, featuring E-Boats and MGBs (Motor Gun Boat, like a PT boat, but British) in the Channel. I had 4 E-Boats trying to slip past British patrols guarding the D-Day convoys on the night of 6-7 June. It was dark, and confusing and bloody! Brian turned the lights out and used LEDs and tea lights to mark gunfire and flaming ships for some real fog of war. Turns out the Allies had a destroyer, which flayed my boats with 5" shells! Burning, taking on water and with a dead engine my boat was doomed, but I had enough helm to turn it to launch torpedoes! On the other side one of my other boats fired a fusillade of 20mm cannon shells at the massive destroyer that was tearing us apart and one of my paltry 3 hits killed the captain, so the destroyer lost orders for 3 turns, causing her to sail into the torpedoes. My other boat was soon blown up by one of the British MGBs. But even though I lost, by only getting one boat off table to harass the invasion, I got my revenge from a watery grave as my torpedoes blew up the destroyer in the last turn and a captainless MGB drove into it's flaming wreck. 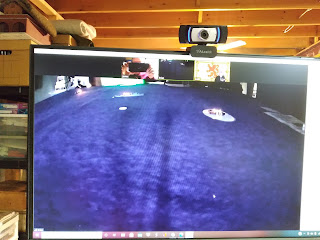 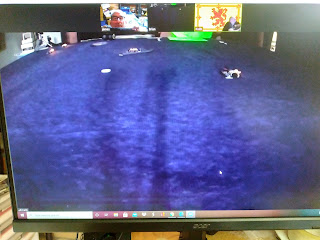 So some quality virtual gaming with the new computer and webcam rig. Plus I played a couple of things I've never played before, with some people I've never played with before in different parts of the world, and I got much more comfortable with virtual games in general.

Not as good as Hot Lead, but not bad either.

Rabbitman Gets the Big O

Excitement abounds in the Townhouse of Solitude as the hot new rules O Group arrived in the mail this week. 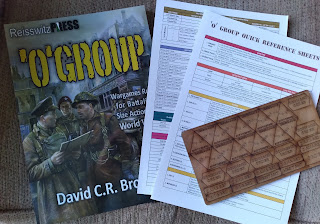 I've been reading the pdf that came with the bundle, but I hate reading digital books, except fiction.  So now, hard copy in hand, I can bash on.

The glossy, heavy stock QRS are quite nice.

The concepts are quite interesting and the limited orders reminds me of the ADC system in David Brown's other rules General d'Armee and Picket's Charge. The focus is really on the command and control aspects of the battle and the decisions that a battalion commander would or could make. Combat is therefore suitably abstracted.

Table is set up and I hope for a teaching game this weekend. 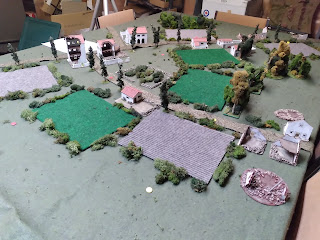 I've also gotten some other reading as inspiration for Sharp Practice and Bag the Hun. 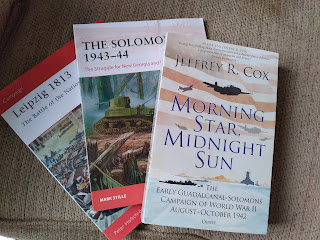 Aided by a three hour Zoom hang out with my gaming buddies,  I got considerably far along on the 2nd batch of Russians! 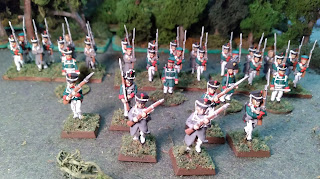 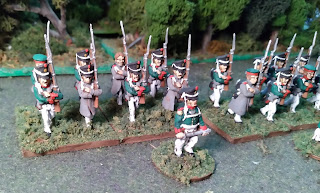 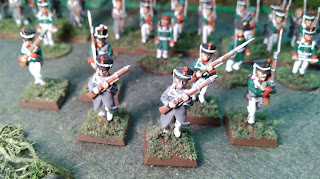 The bag of 2nd hand Russians I got super cheap at Hot Lead so many years ago has a lot of officers in it. Fortunately several are in field caps so I turned a couple of them into Prussians. 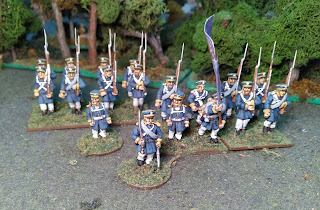 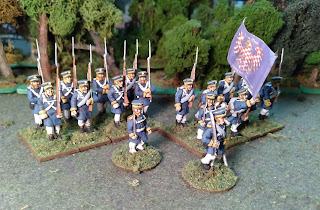 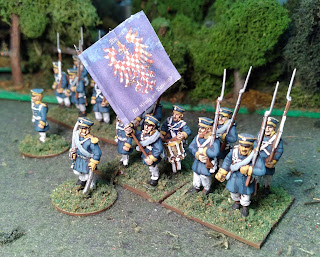 Of course this is all the low hanging fruit of figures that I'd already prepped and started all those years ago before abandoning the project. I'll now have to scrape, assemble and prime the other half of the Prussians, 4 groups of Russian Grenadiers from Warlord and I can make a Formation of 3 groups plus 6 skirmishers of Russian Jaegers out of the rest of the 2nd hand bag.

I am basing the infantry 4 figures on a 40mm x 40mm stand and the skirmishers on 20mm single bases for flexibility to play Black Powder or put them into a game of General d'Armee with Scott's massive collection. Big Men are on 1 inch washers for ease of identification. 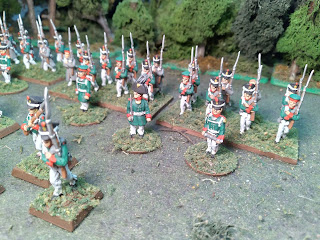 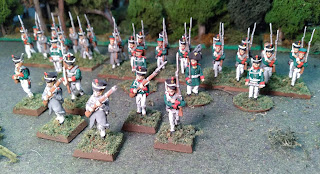 With my new tech upgrades I naturally approached my gaming circle and said "Heeeey, wanna do something?"

After much back and forth on email, we decided upon a hang out, paint and chat session over Zoom. I was skeptical at first. I've found Zoom meetings for cadets taxing. Fortunately I don't have to Zoom for my day job. I'm confident many of you do, and would rather smash your heads in then face another Zoom session. There are identified reasons Zoom meetings are so draining. 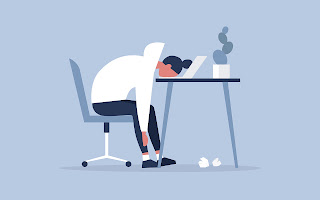 But last night was different! My friend Dick, who has a Zoom account for his work, hosted and we had about 8 or 9 of us logged on. One person was just drinking Scotch, watching curling and enjoying visiting with us, the rest of us were all painting or building at our hobby desks. 3 and a half hours later we all decided it was getting late and signed off. But I felt great! I had made huge progress on the 2nd batch of Russian infantry (more in a later post) and was really energized by seeing my friends. 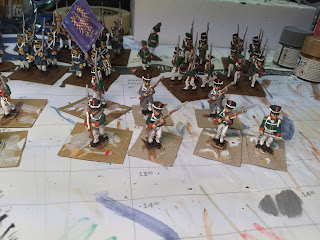 I think the difference was that because we were all hobbying away, we weren't fixated on the screen, distracted by our own image, worried about catching everything that was said, or how we looked, or any of the other things that exhaust one during a work Zoom meeting. At any given time, about half of the party just quietly worked away and seemed to mostly enjoy listening into the rest of  have a wide ranging conversation.

So we've decided to do it again in a few weeks time.

If you're starting to feel a bit isolated you should arrange a hang out and paint session over Zoom, Discord or even Video chat. It's good to hang out with friends even if it is only through a camera.