I have finished all of my Bavarians! This second battalion of Perry infantry took me quite a while to get around to finishing, but they are done now thanks to a renewal of energy and a snowy long weekend. For the Perry fahnenjunkers on this and the previous battalion I had to cut out a bit of my flags printed from Warflags in order to fit around the hand. 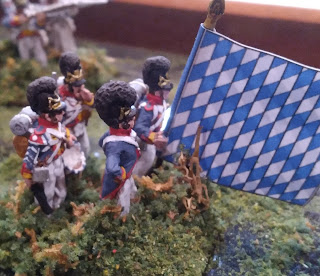 Yellow facings with red piping, and red collars, plus silver buttons on the officer and white lace on the drummer make this Fusilier Regiment Nr. 10 Junker. Gold buttons on the officer and harder to paint yellow lace on the drummer would have made them Fusilier Regiment Nr 9 Graf von Isenburg.
Look at me getting all detailed about regimental distinctions. But the yellow facings are pretty "slapping," as the youngsters say. 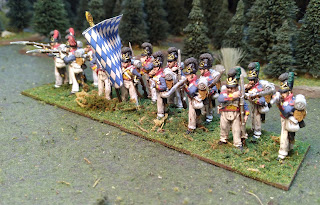 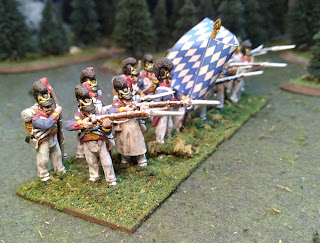 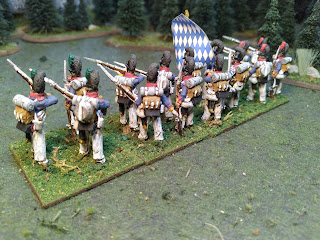 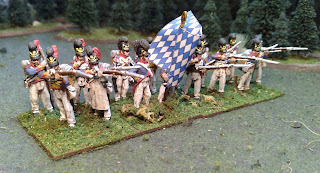 These stout fellows now give me two full brigades for General d'Armee, each of four battalions of line and  battalion of lights.
This completes Phase 1 of my Big Plan. Vorwarts to Phase 3! Prost! 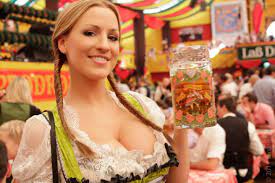 In Which Rabbitman Sounds "General Quarters!" 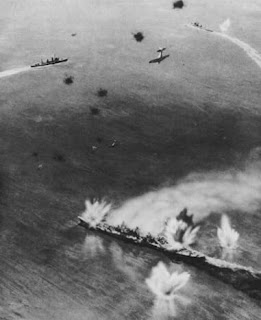 I have found a hopefully easy and low cost distraction from the endless Russian and Prussian musketeers, which I hope will also scratch my winter itch to buy all the things!

Naval warfare in the Pacific during WW2.

Yes, you heard me. Tiny ships.

It will be very different, so I hope it will be the palate cleanser that 1940 French or Middle Earth Dwarves would not be. I have also caught myself looking at WW1, and Epic 40k. So the itch is bad. 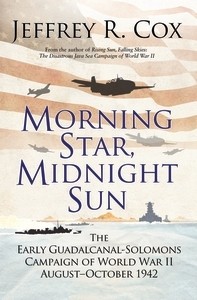 I've been tempted by the destroyer and cruiser battles in the Solomon islands from 1942 to '43. I have ordered the companion volume Blazing Star, Setting Sun which covers the campaign from November 1942 to March 1943, and an Osprey on IJN and USN destroyers (the volume IJN vs USN cruisers was sold out). I could easily incur Mrs. Rabbitman's disapproval and buy the 5 or 6 titles going into more detail on both navies destroyers but I shan't.
My goal is to do this with some economy. An Australian Twitter friend has shared a pdf of the out of print, pre-Warlord edition of, Victory at Sea and he pointed me to a designer of .stl files for 1:1800 scale models. Printing at 75% will produce 1:2400 scale ships. $3 for a file and I can get as many Fletcher class DDs as I need is better then spending $18 at GHQ for a pack of 5, which I'd still have to assemble. GHQ are very nice, but awfully fiddly. This period isn't my main focus, so buying Gold Standard models is overkill. The Mad Padre has volunteered to do the printing for me.
It's just some destroyers and cruisers for each side. Won't even take that long to paint. Right?

I wonder which direction project creep will take me? 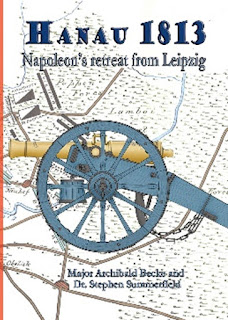 I treated myself with some of my Christmas bonus and bought this book from Ken Trotman Books. At £35 plus £10 postage and packing (Cdn$75), it seems a bit expensive. I reasoned a low print run book on an obscure battle would be on the expensive end, and this is an important battle for my Bavarian army, plus I figured I was worth it.

The book is a large hard cover the same size as my copy of Black Powder and 140 pages with colour print through out. It is easily equal to two Osprey campaign books, so amply justifies the higher price tag. 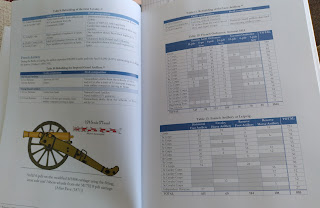 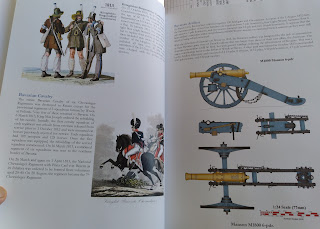 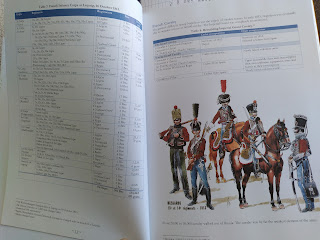 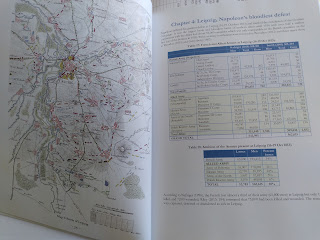 The book is densely packed with tables of data and primary source material covering the retreat from Leipzig and the condition of each army leading up to the battle, plus the battle itself. Some of the personal accounts have not been previously translated into English before either. My only complaint is that the personal accounts are all printed in italics and in lines spanning the width of the page. Long passages of italic print are hard to read. Two column layout would have also been easier on the eyes as well.

The main section of the book is Major Becke's analysis of the battle. Becke was a Royal Artillery officer in the Boer War, so he has some solid first hand experience with horse drawn artillery, and was fascinated by the development of artillery tactics during the Napoleonic Wars. The same publisher also has a book featuring his study of Friedland in 1807. Becke suffers from Napoleonic hero worship and is rather harsh on Wrede. Drouot's handling of the Guard Artillery and finding a solution to the tactical problem is worthy of praise, even if Becke does indulge in quite a bit of over flown prose when discussing his heros.

The section of primary source accounts of the battle and Dr. Summerfield's conclusions give more balance. Wrede is criticized by Becke, among others, for deploying where he did with his back to the Kinzig river. But deploying anywhere else would have allowed the French to emerge from the woods, set up a strong flank guard and then march on to Frankfurt unmolested, which would have left the Bavarians open to criticism for not really being committed to the new alliance. Wrede, operating under misleading intelligence and disingenuous orders from Schwarzenburg did the best he could really. By trying to pin the French in the Lamboy Woods with a strong gun line, he was making the best use of the terrain and resources at his disposal to achieve his objective of slowing the French retreat.

Far from being a walk over, the Bavarians put up a strong fight against 3:1 odds and managed to hold out until their artillery ran out of ammunition. If Blücher had still been pursuing the French, instead of being sent in the wrong direction by Schwarzenburg, then Wrede's delaying action would have successfully held the French long enough for Blücher to fall upon their rear and destroy them.

The retreat from Leipzig and the battle of Hanau are usually treated as a footnote in histories of the 1813 campaign, so anyone seriously interested in this campaign really should get this book.