This summer some long anticipated renovations have been occurring at the Armouries (which are over 100 years old themselves) that shelters my Air Cadet Squadron. With very little notice, no time in command to prepare (although the people running the show before me had 10 months to get ready, but I'm not bitter) and most of my staff being not available (three of them working at summer training centres) I've had to clear my offices for painting and new floors and then two weeks later, move everything back. Fortunately the Army Cadet corps next door had more staff available and they helped me move my furniture and piles of crap. Everything got basically dumped back in the offices. I tried to get admin stuff in my  office and get all the training stuff in the other office, but basically things were dumped in piles. Now renovations have moved to the QM Stores area, and everyone is back from summer postings, so we can get down to sorting out the offices.

My Squadron is 75 years old! It was the 3rd squadron stood up in 1941 when the Royal Canadian Air Cadets were formed.

Plus for about 20 years the same three captains ran the unit and never threw anything out.

But I have found some treasures too; the certificate authorising the formation of the squadron in 1941 signed by the Chief of Air Operations, a plaque with all the COs from 1941 to 1985, and this: 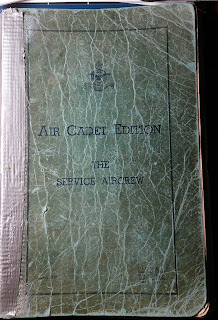 It has the usual basic military knowledge stuff, and lessons on weather, signalling, navigation and lots of math 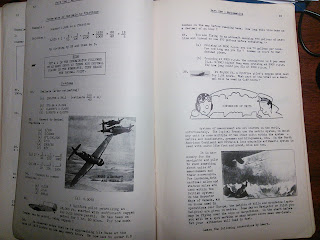 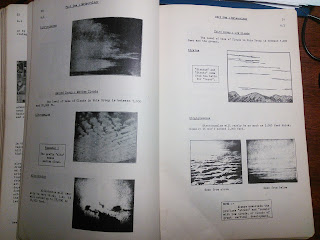 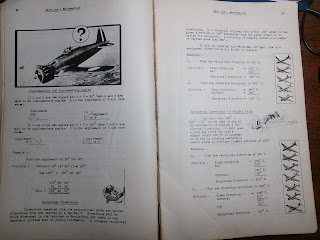 I like how interspersed with the text are air recognition pictures of allied and axis aircraft quizzing the reader.

But also lessons on armaments.

Parts of the .303 Browning machine gun 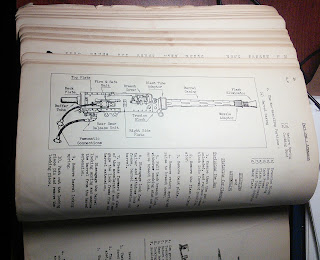 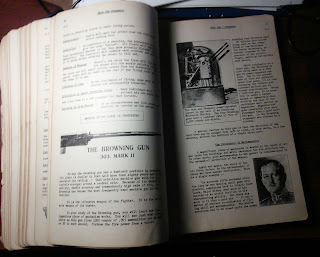 And just what every young cadet wants to learn, how to engage an He111 bomber with your Spitfire 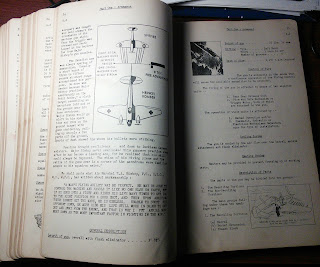 The binding is in bad shape. But given the age and presumably heavy use I'm just happy to have it. 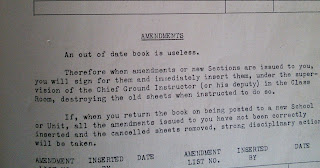 Finally got a copy of this during a family shopping excursion to a nearby large mall and watched it this morning while taking my morning two cups of tea.
I've been wanting to see it ever since the LAV roared out of the screen at me during the trailer I saw two years ago.
Wow.

I wasn't disappointed after the waiting.

Did I say that already?

The costuming and effects were really good. Getting the Canadian Armed Forces to help and shooting a lot of footage actually in Afghanistan helped too I'm sure.

The story centers on a sniper detachment from the I&R platoon and an Intelligence Captain to try and explore the complexity of the war.

The Captain tries to explain a local VIP to the sniper:
"On Tuesdays and Thursdays he's with us. On Mondays and Wednesdays he's with the Taliban. On his off days he's selling narcotics."

But there's lots of good action and scenario ideas for the tabletop. Naturally I find myself wanting to add a 4 man sniper detachment in soft hats like in the opening scene and firefight.

Highly recommended. I have been told you can rent it from YouTube.
Posted by James at 3:12 PM 1 comment: 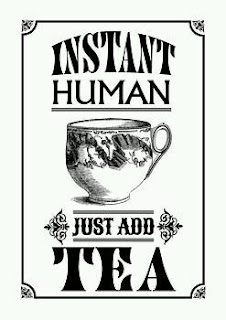 Putting the kettle on is always the first thing I do when I wake up.
This morning I got up after being at work until 0230, stagger downstairs to start my brew up.
Tea canister is empty. Stagger to pantry to get the rest of the box.
No box.
Start searching behind things in pantry.
Still no box.
Start going through the kitchen hoping to find a bag of Tim Horton's tea (sometimes when you get a large they only put one bag in and leave the other on top. After questioning their sanity I put the extra in my pocket for emergencies such as this morning).
Nothing!
My daughter's"English Toffee Pu'erh" "Mint Refresher" and " Blackberry Mango" aren't going to do the job.
Then I find two nondescript little foil packets with "Tea. Instant." printed upon them.
They were from a British army ration pack that my friend the Mad Padre had gotten during his posting to CFB Suffield where the British maintain a big Mechanized Brigade training centre. He had passed them to me as a curiosity.
Into my mug poured a deceptively tiny amount of brown powder. 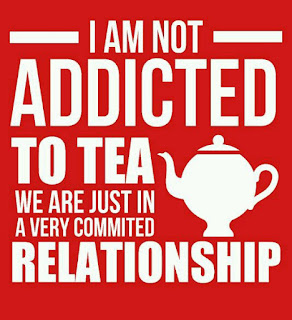 But the results were Not That Bad. I'm sure if cold and wet after sleeping in a slit trench or the back of a Warrior it would taste pretty darn good at Zero Dark Thirty.
So sanity restored until Daughter No. 2 got home with a big box of Yorkshire.
Although there was some panic and angst this morning, I'm proud to say that there were no actual tears.
Posted by James at 3:22 PM 9 comments:

So of course, now that I've finally finished my modern Canadian platoon, Elheim Figures puts up in the store 5 more packs!

More riflemen, grenadiers, SAW gunners plus a nice trio of leaders and a spiffy platoon HQ pack with C6 and radio operator.

The above are btw, not my work. They are pictures from Elheim Figures web store. Nice work. I think the painter used a thin wash to punch up the details for photos.

So I guess I need to save some money and get some of these. Either replace the proxy figures (and then repaint the proxies as Rangers), or just add Call Sign 22 to the Battlegroup? A greater variety of poses would be nice.

Either way, between these in 1/72 scale and Full Battle Rattle Miniatures http://fullbattlerattleminiatures.com/ modern Canadians in 28mm, Canadian gamers don't need to use American figures anymore!