Shuttle From Toy to Terrain

My friend Pasha Dan found this piece in a sale bin and gave it to me a couple of years ago when I was heavy into my Firefly in the Expanse project.

Its a playing piece from an MCU clicky collectible game. I wasn't sure what to do with it except for removing the clicky base.

It originally had big orange plastic flames erupting from the engine nozzles.  So I twisted those off. 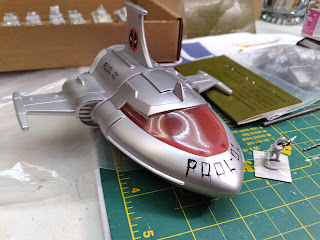 Painted out the Deadpool markings and then dry brush some black reentry scorches to hide the rougher finish where I painted over the markings and painted the engine nozzles black. 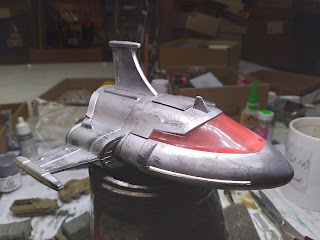 Then it sat for a week while I pondered how to make it not just sitting on it's belly. Had a brain wave on the weekend to use pieces of sprue. 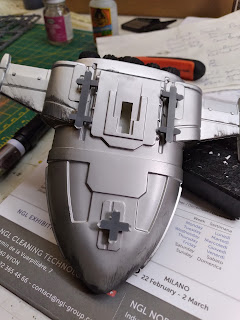 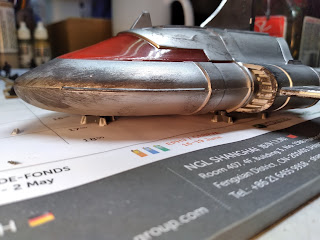 So done. Another item off the backlog and another piece of scatter terrain for a distant colony world. Also the first thing painted for my 15mm science fiction in a few years. 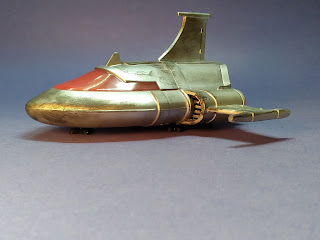 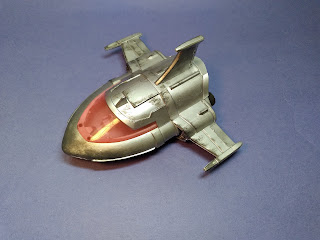 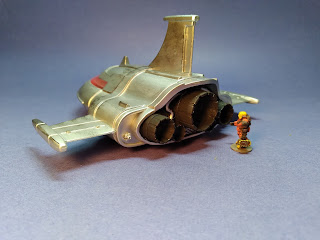