Soldiers of the Queen-Empress Part 4

"An Extraordinary Assemblage:" The Baggage Train One contemporary observer commented that an army in India on the march was like "Smithfield market" for it's combination of people, animals, colours and sounds. The troops were followed by an enormous train of bullock carts, elephants, camels and civilians. I always enjoy modeling the rear echelon elements in an army and I like seeing it in others too. A notable example is Der Alte Fritz's Seven Years War collection complete with a field bakery and forge. I think these vignettes give a great opportunity to the modeller to put some humour and humanity on the tabletop, provide more visual interest to the display and they make for potentially attractive objectives in games. 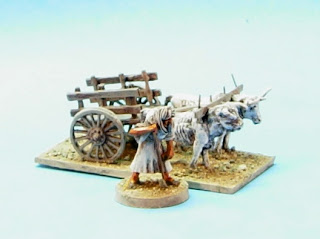 In keeping with this theme I've endeavoured to assemble a suitably large and eclectic collection of baggage for my Anglo-Indian army. The bullock cart to the left is a "Houston's Colonial Wagon" model from Old Glory. The driver is from the "Chaos in Cairo" range. I found another pair of oxen in my extras box plus some wheels so I think I need to make a second. Plus paint up loads for them. The bhisti (pronounced 'beastie') above is a Foundry figure. Old Glory also makes one but like Foundry he's buried in a pack with a bunch of other figures. Really one needs whole packs of bhistis. Every unit should be accompanied by one or two. I'm trying to convince Askari miniatures to make and release a pack of 8 bhistis.

The 'centre piece' of my baggage train is the pack elephant. 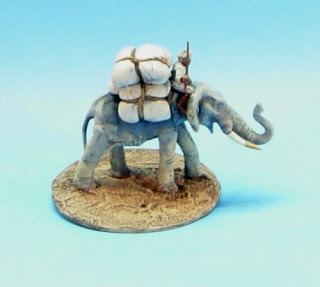 He's a RAFM elephant. I used a Ral Partha Mahdist camel rider for the mahout. I had to separate his crossed-at-the-ankles legs and then bend them back to fit him behind the ears of the elephant. The bundles were made with green stuff and tied up with some embroidery floss donated by my wife. The Ral Partha camel was then given some big bundles of green stuff as well, but he didn't seem to get in front of the camera. Which is too bad, realy. I find the contrast of the very slightly built Ral Partha camel under these enormous bales contrasted with the more robust pack camel pictured above and it's smaller load rather amusing.

In the picture above the title you can see a few other pack camels, 'Chaos in Cairo' drivers and a pack mule. As Howard Whitehouse once said to me: You can never have too many pack camels.

To care for the wounded I've added the Perry Field Hospital set from their excellent Sudan line. 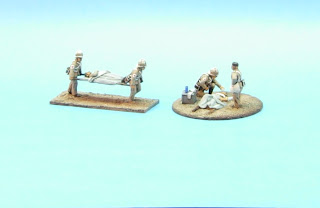 And a Bicorne vignette of native stretcher bearers not-to-gently picking up a wounded soldier. This might make a good 'shaken' marker for Black Powder games except I think I may need more than just the one! 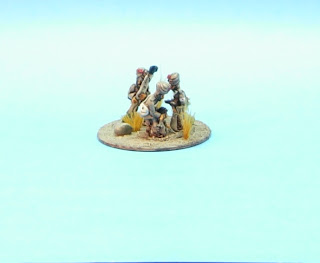 For the General's HQ I have an Old Glory heliograph team. The pack comes with two teams, but I couldn't see the point of having two on the same table, so I gave the extra one to Rico. 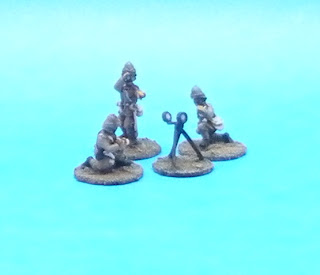 This will make another fine objective for a game. The Imperial detachment having to defend the signal outpost on the hill. I also have an idea that it could be used to extend my CiC's command radius to any Imperial unit within line of sight.

For the spiritual care of my troops I've added a Padre. On the left is the original RAFM figure; a cavalry officer in undress forge cap. On the right is my conversion. I removed his sabre and using metal foil I made a prayer book that I tucked into his arm. The clerical collar was ajust achieved with a daub of paint. 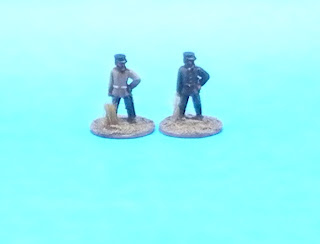 Here's a fuzzy close up: 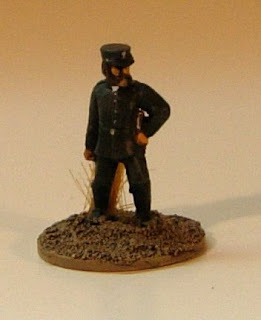 One of my gaming friends is a Canadian Forces Chaplain (see his blog). During a game he, of course took this figure as his on-table avatar. The rules in use involved wounded which were removed to the wagons at the baggage train. As our column pushed up the valley a force of tribal cavalry appeared on our rear flank. The Padre was the nearest 'command' figure and rallied the lightly wounded, forming them into a firing line which delivered a few well-aimed vollies to drive off the enemy cavalry and save the critically wounded. Thus the legend of the Reverend Capt. Peterson, VC was born. I should probably paint a small VC on the figure. Even though Mike has been posted away, a chaplain, priest or religious figure of some kind now seems to find it's way into all of our armies.

For the ammunition train I got a second bag of the Old Glory artillery mules and added small ammo boxes from RAFM instead of the gun pieces. 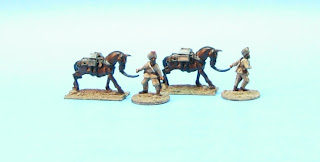 Here is another fun little piece. The Bicorne War Correspondent (is it Melton Prior or Rudyard Kipling?) sitting on a box sketching or writing an article. You can't see it well, but there's a gin bottle on the ground beside him. Beside him is another Foundry bhisti obviously inspiring the poem Gunga Din. 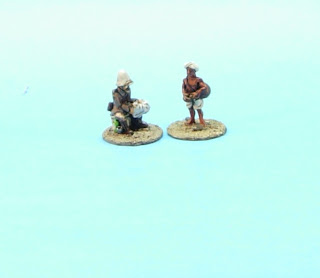 Here are some larger pics of each: 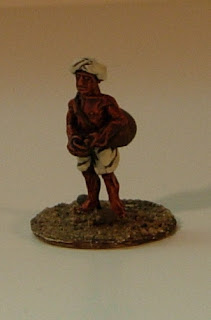 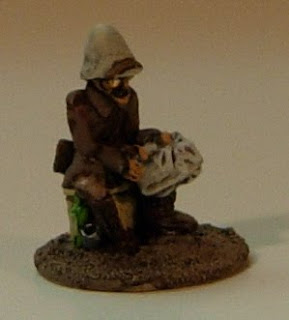 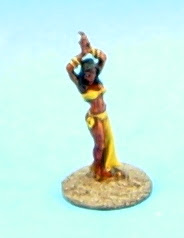 And to entertain the troops for a well-deserved victory celebration, the nautch dancer. She's a Reaper mini. She might also be a spy. 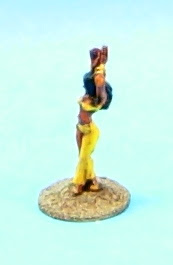 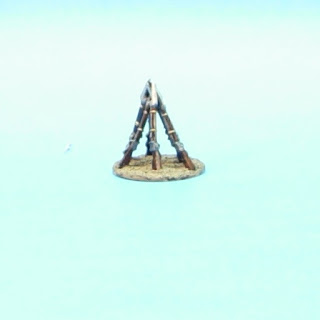 Coming up next: Part 5- the Pathans!

To see part 1- cavalry go to this previous posting.

To see part 2- infantry go to this previous posting.

To see part 3- artillery go to this previous posting.

To see this army in action go here.
Posted by James at 1:31 PM