It was awfully nice of the RCAF to arrange a flight on a C130J Hercules for me on my birthday weekend. OK, there were about 1200 Air Cadets from all over the region in attendance too, but still, we know it was all about me.

As a way to get the "air" into Air Cadets after two years of no gliders, virtual training and restricted summer training, Regional HQ got a couple of C130Js from 436 Transport Squadron in Trenton to log some training hours flying cadets around. Public Affairs got some visibility for the program with press from local and national outlets covering the day as well.

It was a much different experience form the last familiarization flight I went on. Everything went much smoother. Bus left just after lunch. Our driver was an alumnus of the Squadron and remembered doing famil flights in C119 Flying Boxcars back in the 60s!. We arrived around 1330. Checked in with our manifests and then waited for maybe half an hour, got our safety briefing, then loaded onto the Herc.

The hold was much more crowded than the Globemaster, seats not as comfortable, but still OK. I think I'd be ok in them for a transatlantic flight if I had too. It was a lot noisier and much bumpier. One of my cadets had to use the motion sickness bags provided. As the Loadmaster said in his Safety Briefing: "this plane is designed to make you vomit. I've see big tough infantry guys lose their lunch." The takeoff and landing seemed much more aggressive than the Globemaster too.

After a 25 minute flight down to Port Stanley on Lake Ontario it was back on the bus and home by 1630, half an hour ahead of schedule! 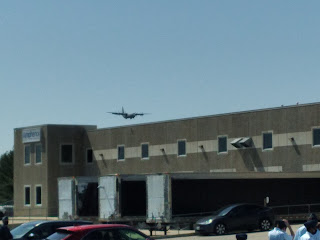 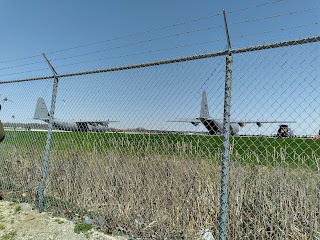 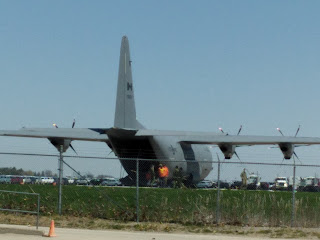 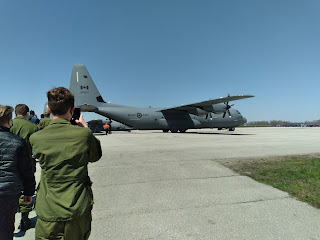 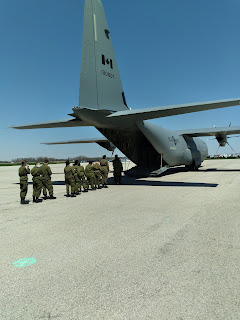 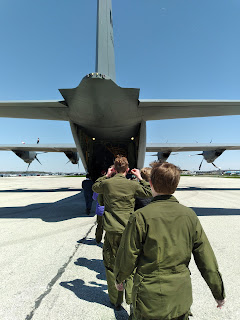 Only about 7 of the 18 cadets in my group were in the program for the Globemaster flight, so this will be a great engagement for the junior cadets who have only had 2 years of Google Classes and Zoom meetings.