End of an Era

After 28 years my favourite bookstore has closed its doors. 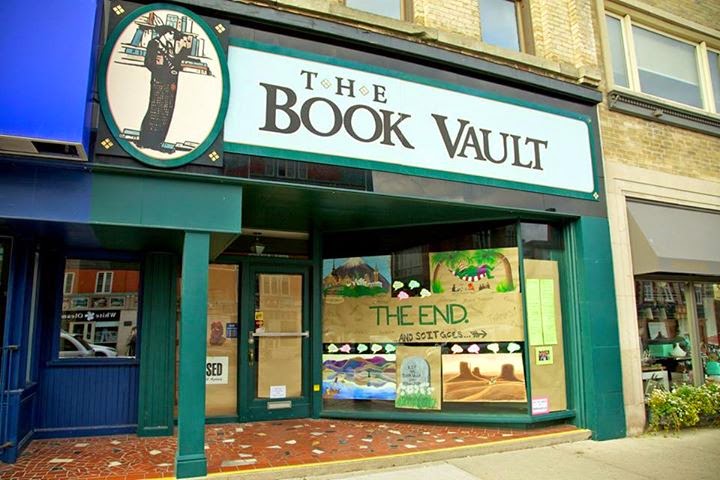 I first moved to town to manage a mainstream, independent bookstore located in a building on the main street. In the basement of that building was a used book store called The Book Vault run by a nice guy named Al. He brought in Paul as a partner and they expanded to comic books, collectible card games, Warhammer stuff and remaindered books. (Remaindered books are new books sold off at a heavy discount by the publisher.)
A few years later they moved onto the High Street and carried more remainders. Business took off, especially in the tourist season. Al eventually sold out to Paul, who reduced the gaming and comic stuff. By the end the history books covered a good 24 to 28 feet of floor to ceiling shelf space!
I spent a lot of my money in there. A lot of my book shelves are filled with books purchased there.
There were times I'd just go in for a browse and could have easily dropped over a $100 if I'd had it. Of course, I didn't have it and therein lies the rub.
However, with eBooks and internet sales, Paul saw the writing on the wall and knew the business was in it's last days. But he was going to keep at it until sales dropped off.
Until this month, when he suddenly announced the store was closing. I thought it odd. I figured he'd hold on until the end of the tourist season, but rumour has it that the landlord didn't want to renew the lease so one of the neighbouring businesses could expand into the Book Vault location.

So it's the end for The Book Vault. The store closing sale has come and gone. The doors are locked. The beautiful hand made wooden shelving demolished.