A few months back I had committed to running a Ronin game at a newish (I think this is their 2nd or maybe 3rd year) local gaming convention called Hold The Line. But then I was gainfully employed and full of hope for the future.

But these past 6 weeks have been pretty sucktastic with a lot of depression and anxiety and not much painting getting done. So an opposing force to to fight the Lord of Tea is in varying states of not being done yet and even more critical, I haven't been able to play any more games, so I'm not confident enough with the rules to GM something for unknowing victims. 3 or 4 of the past 6 weekends being booked solid didn't help with the play testing very much either, otherwise I could've used Mikey's Monks. So I had to contact the organizer and pull my game sadly. I'm hoping to car pool with Mike and attend as a punter instead.

I felt a bit better the past couple of days though and have gotten my Black Hat Japanese peasants done and I've bashed on with some more Afghan stuff completing the first 4 ANP, the News Crew, another Canadian fire team and 15 Taliban insurgents to make life difficult. These guys I started with a dark brown undercoat which I wasn't sure of after I had it on (I almost tossed the lot into the Simple Green to start over!), but I decided to muscle through and finish them. 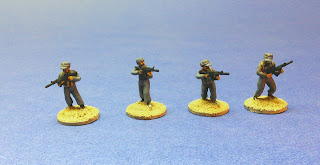 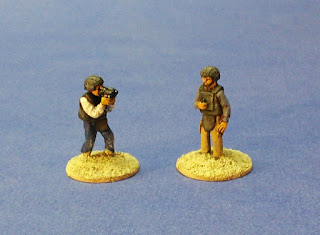 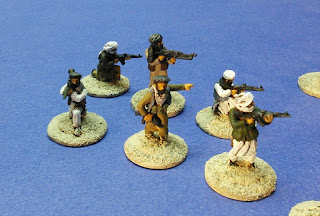 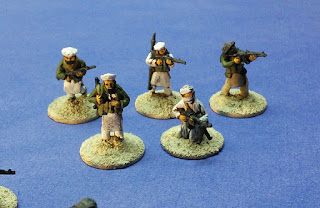 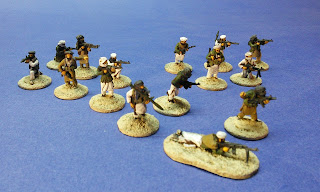