Another batch of A&A Middle Empire Romans done. 12 heavy infantry and 6 more archers plus a couple of commanders.

These fellows are in heavier hauberks and have more gear plus pila. But it seems that by the 3rd century Roman units were more mixed, so I'm going to allow centuries of lancea and pila armed troops in the same cohort. Prove me wrong. I dare you. 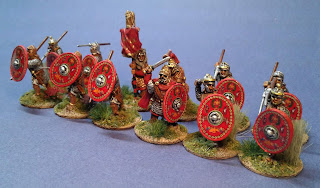 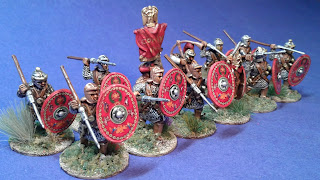 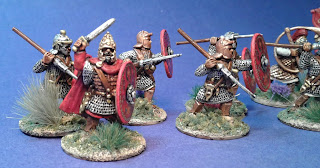 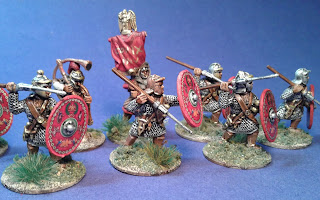 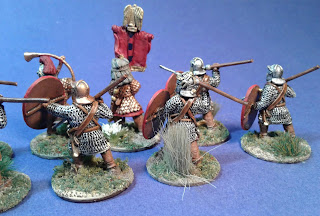 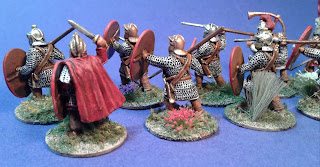 While flocking them I decided to move the flower tuft on this senior officer because I hated that the flowers hid the lovely detail on his greaves. 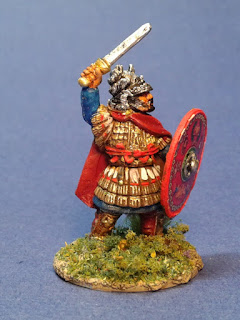 This addition brings me to this tidy little force, 3x 12 figure units of heavy infantry 1x12 figure unit of archers and some extra leaders: 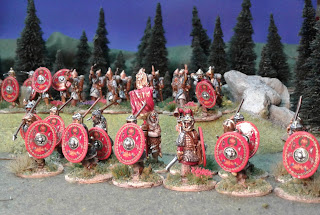 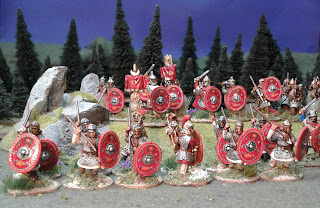 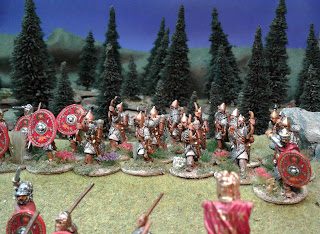 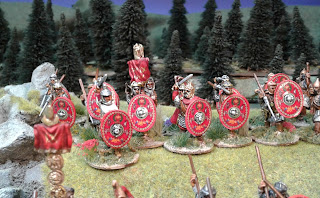 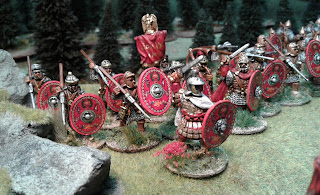 I think they're ready to take on some orcs in Dragon Rampant!

Next on the bench is the cavalry.
Posted by James at 7:01 PM