The Trees Have Eyes!

Last Saturday, as the Mad Padre and I watched Patrick advance the big, nasty troll towards our quivering militia to open a big can of doomy-doom on them, I observed, "We need some Ents."
"I'd love to get some Ents" replied the Padre with an air of mild despair.
"I used to have one. Did a pretty nice job on him too. Sold it with my elves a few years back."
The Padre just sighed and watched the Troll get closer.

Yes, I used to have some old, first edition Warhammer plastic High Elves. I added a Games Workshop Ent, a few Old Glory High Elves and the Ral Partha "Scottish Archer Running" (long hair, flowing cloak, he looks a bit elvish). I sold them off however at a Hotlead Bring and Buy several years back, and returned the Ral Partha archers to my 11th/12th century Feudal army.

But it turns out I didn't sell the Ent. He's been quietly contemplating things on my book shelves under a display dome (thank goodness or he'd have a quarter inch of dust on him!) along with my attempt at an Elvish Queen/Sorceress. 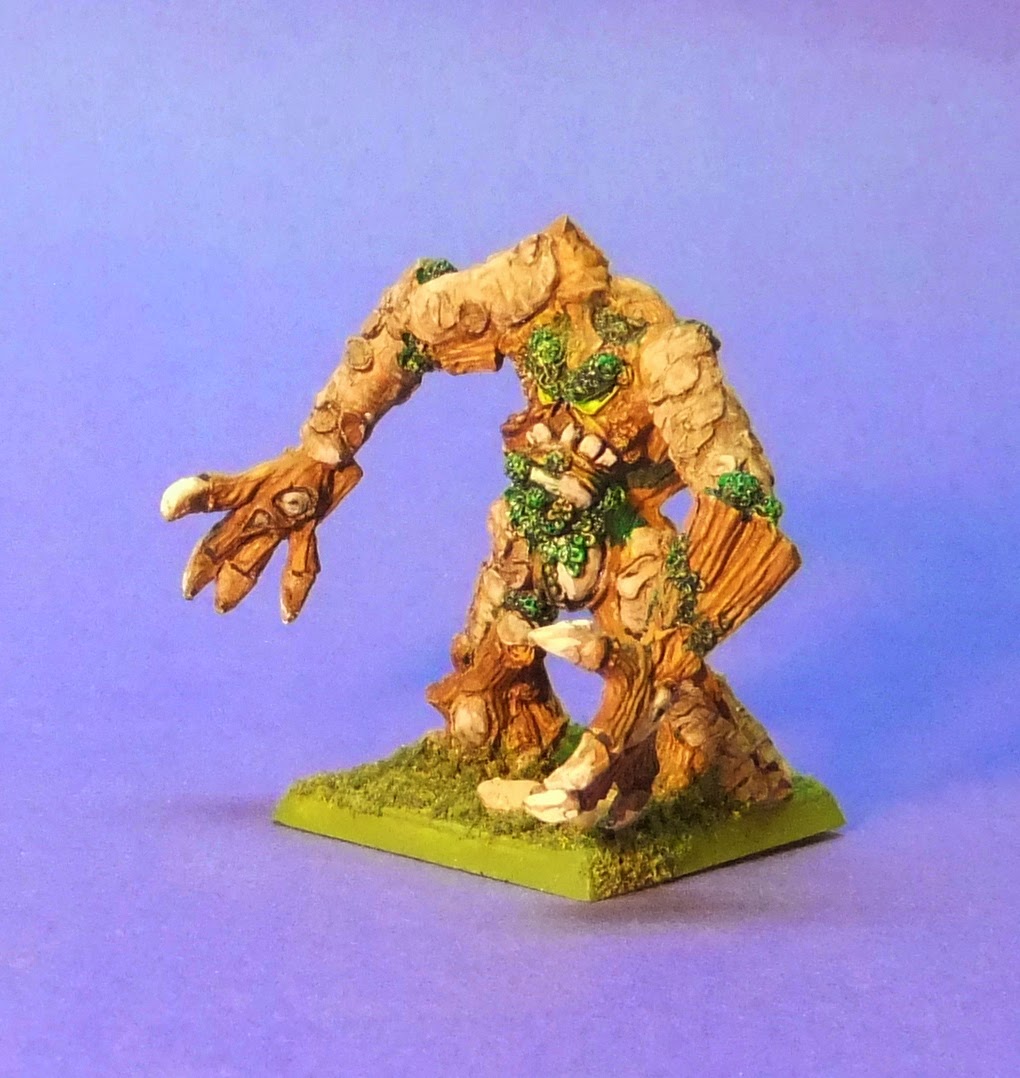 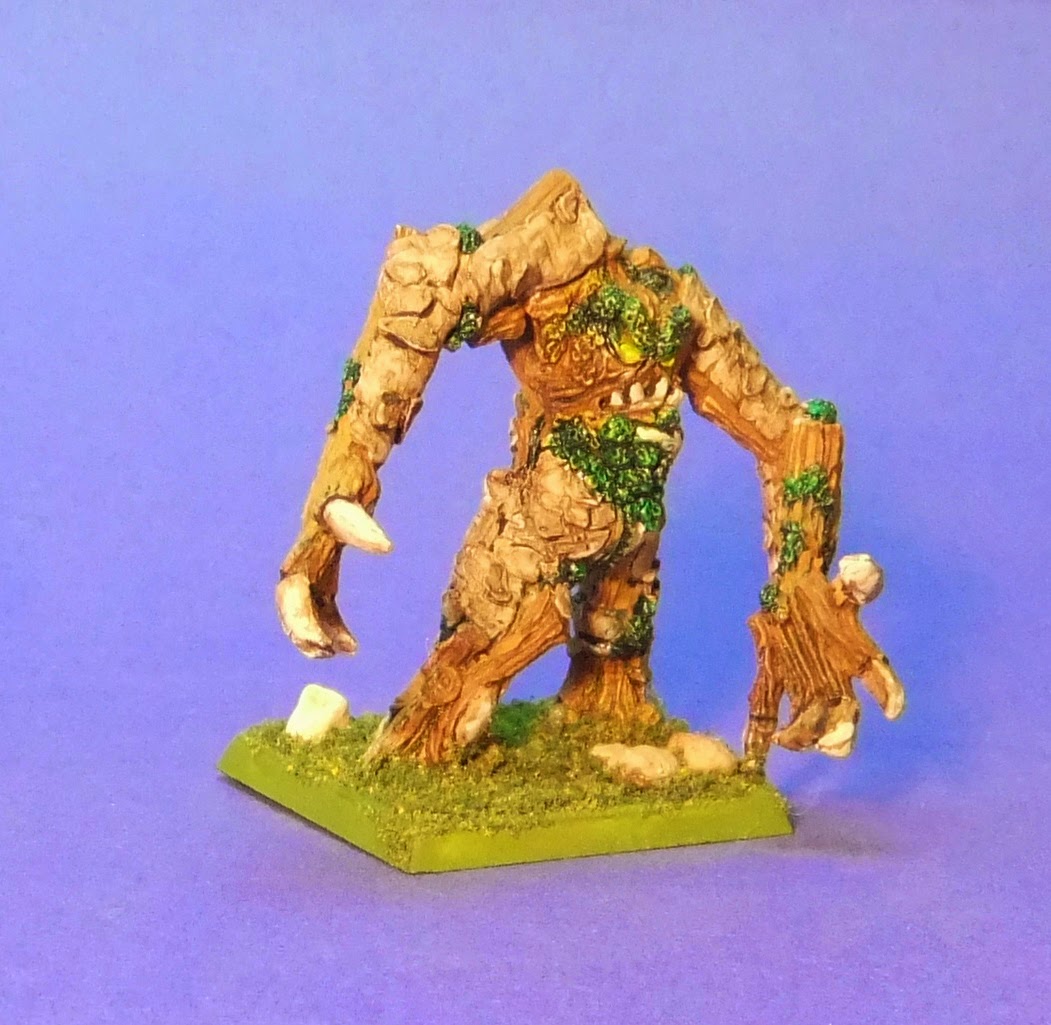 As you can see he's a pretty old model. I think from before the Wood Elves were their own army list. When compared to the Elf babe he's not that tall by today's entish standards. 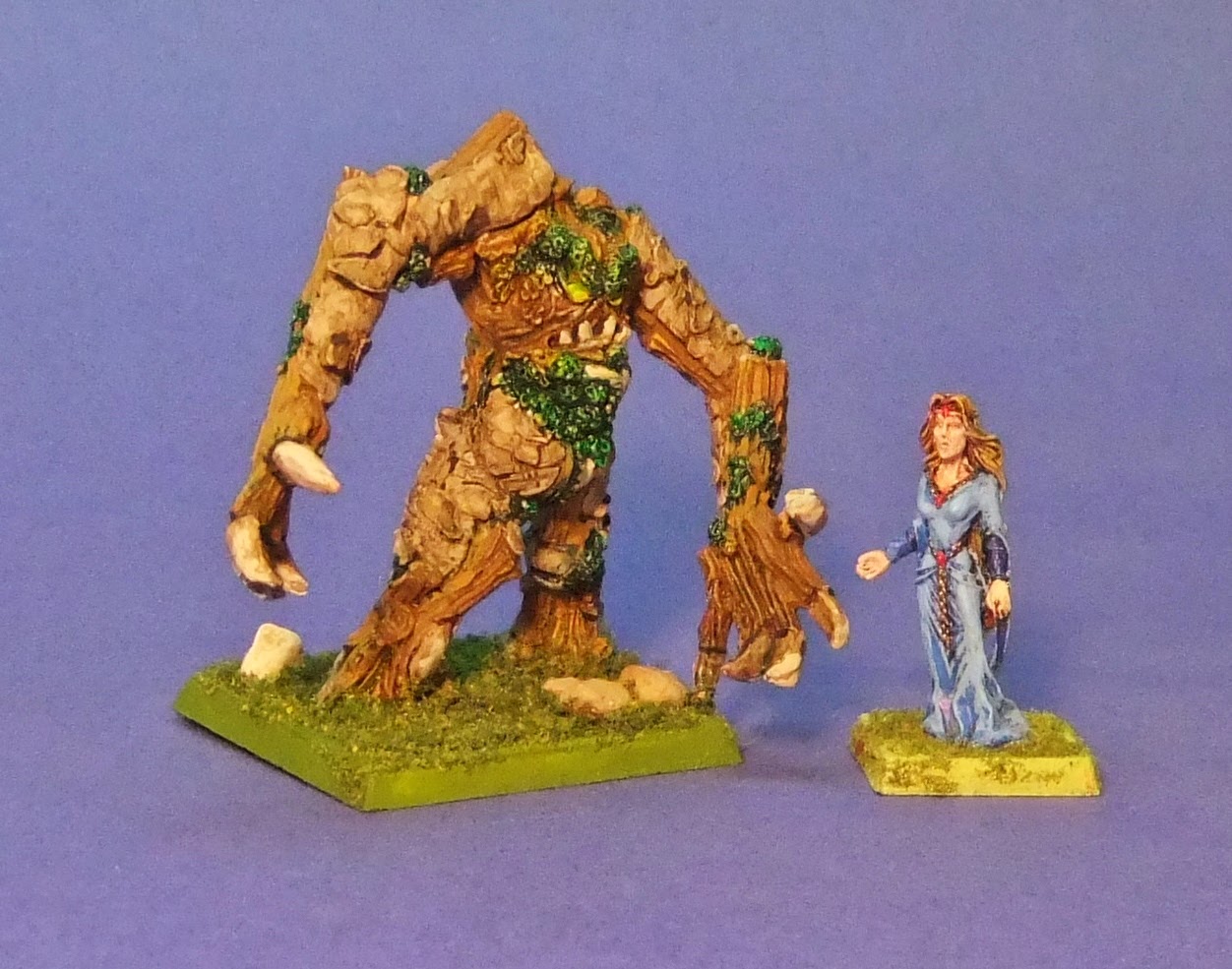 I think the Elven lady might be a Galadriel figure (aren't they all?). In an attempt to be original I gave her a blue dress to match the blue and silver theme of my army.

These were among my first attempts at shading with washes and dry brushing highlights. I thought her hair came out nicely (unless I'd meant her to be a blond). The braid with the jewel in the back is a nice detail. 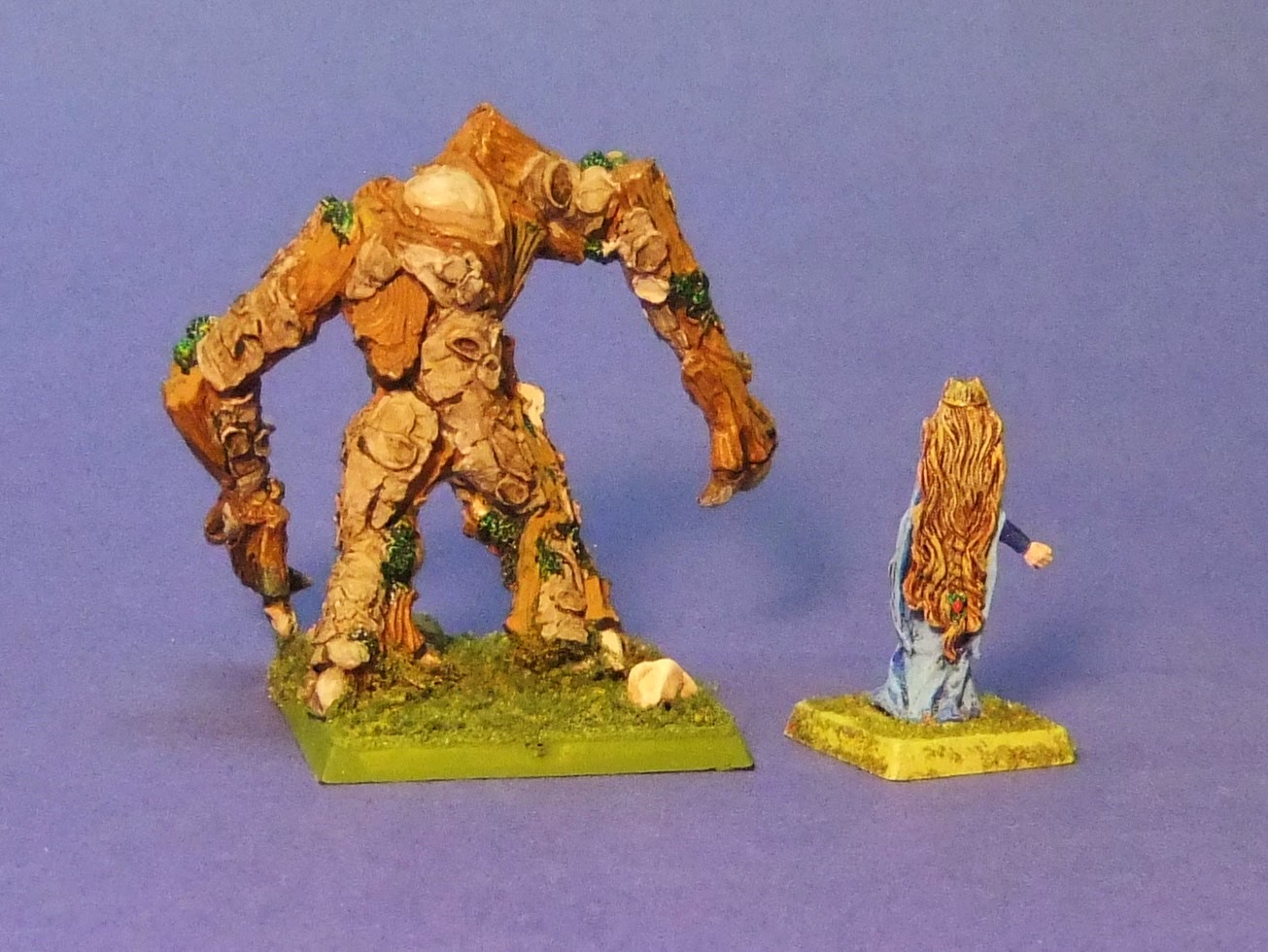 I'm almost tempted to strip the paint off her and redo her in a white robe and golden tresses. But maybe just some Army Painter Meadow Flowers to pimp the bases is all that's needed.
Posted by James at 5:54 PM