I've finished the artillery for my Bavarian force, which is rapidly approaching a division for General d'Armee. 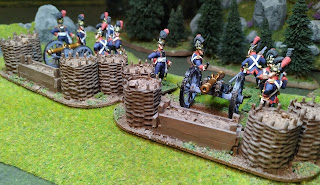 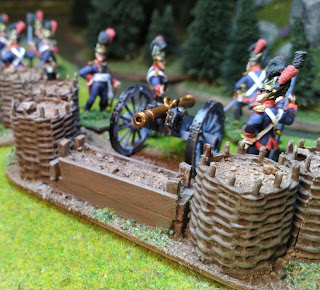 I have added three more guns to the artillery park. A Perry howitzer with the crew loading and two Front Rank crews firing.

The Perry howitzer features a gunner shoving the charge into the barrel, but lining the stump of his arm up with the muzzle is problematic. I almost just based the gun and crew on a single stand to get them to line up. Or base the howitzer to raise it up to the correct level. But mid-game is anyone going to notice? 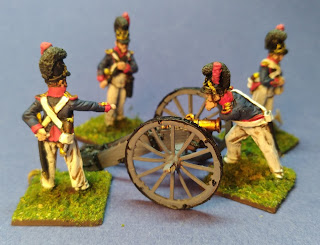 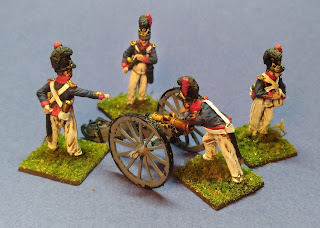 The Front Rank 6 pounder is significantly larger than the Perry model. 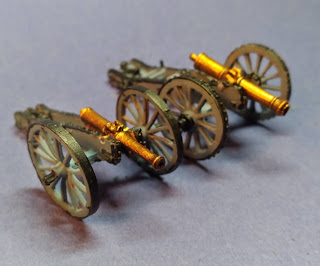 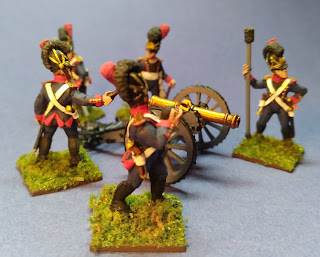 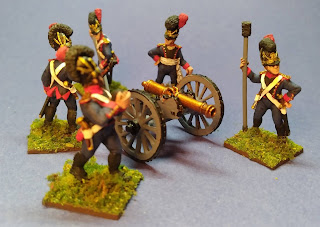 Fortunately with Front Rank you buy each figure individually, so I ordered 5 to match the crew size required in Sharp Practice. Otherwise I just ignore the first kill on a standard 4 figure gun crew. 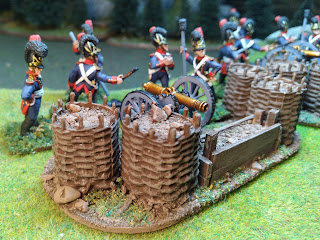 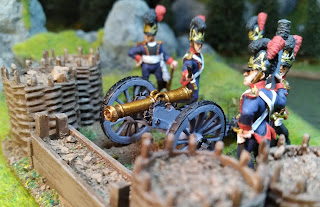 The big 12 pounder is from Scott who had a spare gun and accidentally ordered me 2 gun crews. We'll just not look too closely at the laurel wreathed N on the breach and pretend it is King Max's Royal Cypher instead. 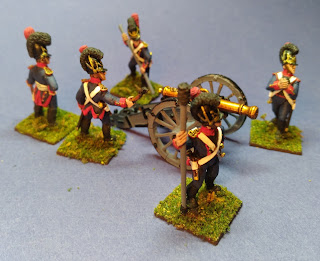 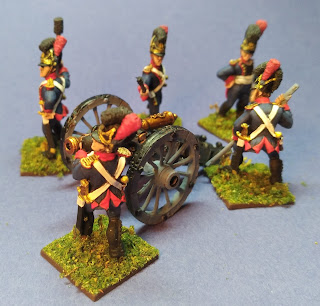 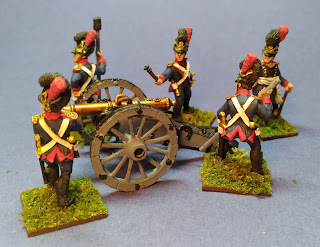 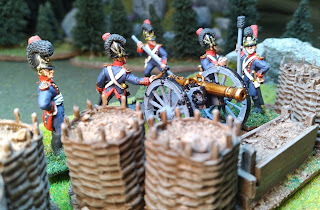 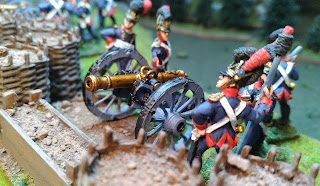 My Bavarian Army reference book says the carriages should be grey. But period paintings show them as a light blue. So I opted for a "blue grey" as a compromise with the much brighter blues I see other Bavarian artillery painted in on the internet, including the Perry catalog. Depending upon the lighting in my various photographs you can see that sometimes they look grey and sometimes blue. 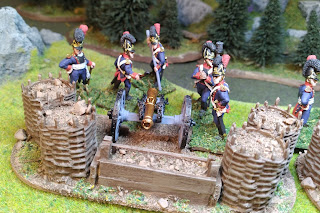 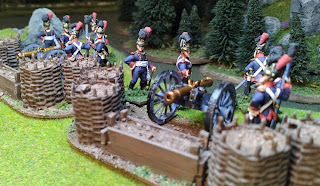 Of course with 4 guns now, I should probably get a second limber. Or a caisson. Or both. Ho hum.... problems, problems.