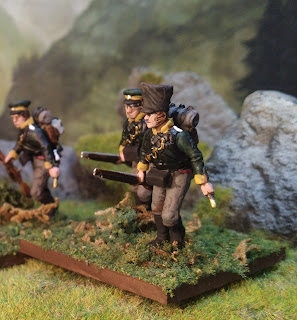 Each sprue of Perry Plastic Prussians has a Volunteer Jaeger figure as well, so you end up with quite group of them after you've assembled a few boxes. But each regiment had a company sized detachment of them, so they were fairly ubiquitous. And they do make a nice skirmish line for General d'Armee, giving me almost enough stands for all my planned Prussian battalions.. 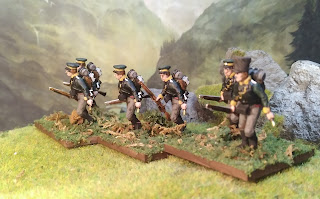 When I was gluing these together, I was thinking I needed shako heads to convert French Middle Guards into Lutzow's Freikorps at the time, so I used a lot of the peaked cap heads, instead of more shakos. Then I decided shaving epaulettes would be tedious and abandoned Lutzow's Freikorps and immediately wished I had saved more heads in caps for some Reservists.
Oh well. 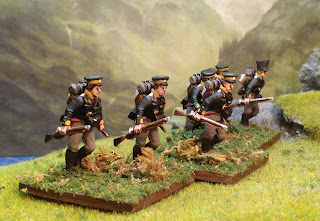 A friend gifted me this nice metal Fusilier and another plastic Jaeger (the one wearing a shako in the top picture) at the Lard Eh event in May. 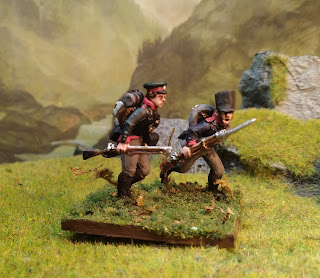 So they're added to the skirmish line. Can't have oddball figures left lying about when I can put them to use! 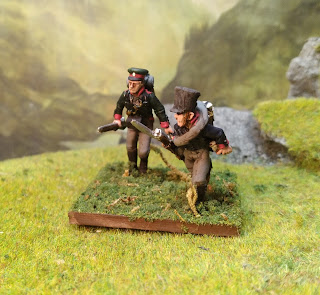 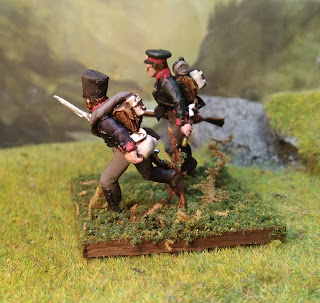