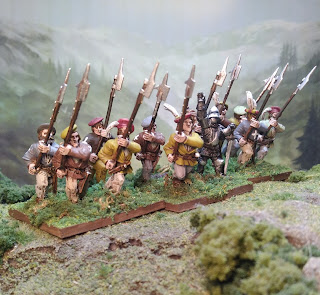 After my game of Lion Rampant 2nd Edition on the 22 August, I got all excited and finally painted and flocked the bases on all my Swiss and rationalized some units (short 4 halberdiers for 1 unit, and had 4 extra pikemen! Helllloooo Bits Box!).

I also started looking at how many Swiss I had and did I have enough for 3 players for a convention game next month? I dug out my unpainted Swiss, which included 3 dozen Old Glory that I had assembled and base coated maybe 10 years ago and then lost interest. 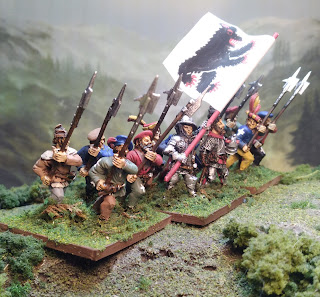 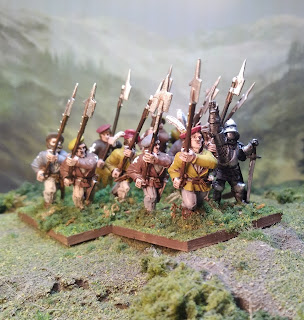 These were given to me about 15 years ago, and are supposed to be pikemen. I honestly had enough pikemen, and they're in the early 16th century Italian Wars costume (puffy sleeves, slashed doublets, floppy berets, lots of feathers), not the mid to late 15th century Burgundian Wars look that I wanted (sallets, tight doublets and hose), but oh well, they were a gift. I eventually sourced some halberds from Perry Miniatures and got them assembled and primed and base coated, to sit...

But after the game, I decided to get some paint on them and produce three more units of Warriors (Fierce Foot in old money). If I bring in some Wars of the Roses billmen, I should have a 3rd retinue for the upcoming convention game. 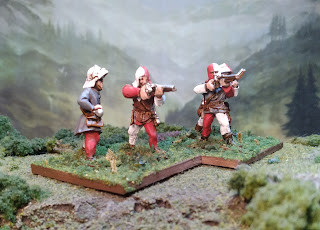 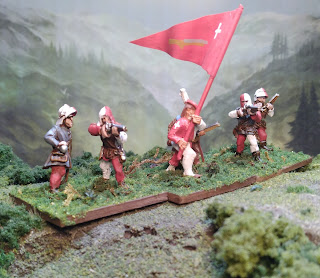 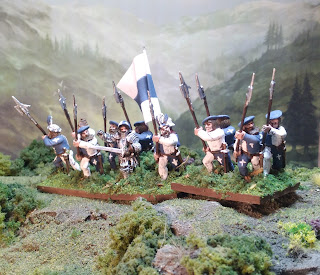 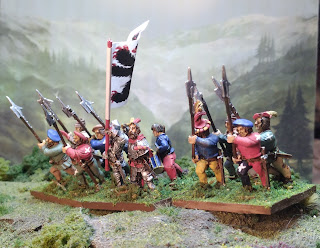 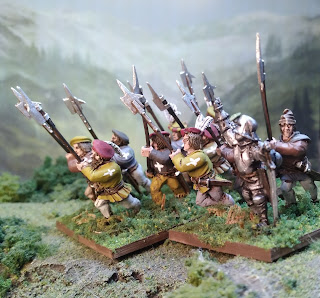 Painting was pretty fast and dirty and the costumes are pretty simple. No facings or equipment etc to worry about like with Napoleonics. The blue and white unit I banged out in a 3 hour paint and chat with Mikey and Patrick last week. Historians aren't really clear just how common the bright cantonal colours were worn, and the more irregular scruffy units could be late 15th century revolting peasants anywhere. Trying to vary the colours slowed things down a bit, but I was in a "Don't fuck about, just paint it!" mood so I got 40 figures painted, based and flocked within one week! 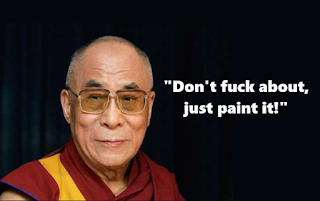 The command figures are from a bag of Old Glory Wars of the Roses foot command and one random Citadel WotR pikemen who was probably cast back in the 80s.

While I was at it I painted 4 more schutzen to get me three 6 figure skirmisher groups. Plus those schutzen finally got their schutzfahnlein so the commander can stop waving an empty pole around.

The Swiss now muster 4x units of pikemen (Veteran Sergeants/Heavy Foot), 7x halberdiers (Warriors/Fierce Foot) and 3x skirmishers. Plus they can borrow some artillery, knights and more halberdiers and crossbowmen if required.

So there's some more knocked off the Leadpile and an army mostly completed. I won't say it's "complete," but I'm not actively seeking more figures for it.

Now if I could only knock out Napoleonic Russians that quickly.