Americans and Japanese Done! (sort of)

Not quite ready for Pearl Harbor Day, but all of my Japanese and USN aircraft are painted and decaled up. I'm just waiting for my order of magnets to arrive from Greenstuff World in Spain before I can play again, since most of the models popped off their flight stands during the decal application process. 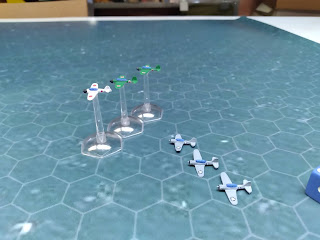 You will note that I leveraged the American practice to only put a star on the port wing. I've seen pictures of USN aircraft with stars on both wings, especially early war. I briefly contemplated doing a few flights with dual stars. But I wanted to speed things up and simplify the job at hand where I could. 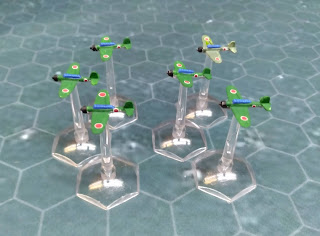 With the Dauntless dive bombers I decided to preemptively remove them so I could repaint the glue damage prior to applying decals on the fuselage.

I'm pleased to say that I think I got most of the USN stars pretty straight. With the Japanese hinomaru at least one only has to worrry about keeping them even and centered.

By the end of doing almost 6 dozen aircraft I was getting pretty quick. These pointy Q-tips are ideal. 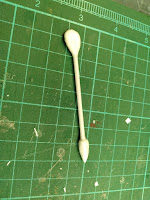 With a sharp knife cut out the decal. With tweezers dip in a dish of water for 5 or 6 seconds. then drop it on a damp sponge. Use the pointy Q-tip to pick the decal off of the backing paper and apply to the model. The round end is useful for pressing the decal flush to the model. Unfortunately you only get about half a dozen applications before the point goes to mush and then you get fuzzies in the way pulling your decal askew.

I jumped the gun a few nights ago and bashed on with the Battle of Britain side of the project, doing some camo and decals on a couple of Spitfires and Hurricanes. 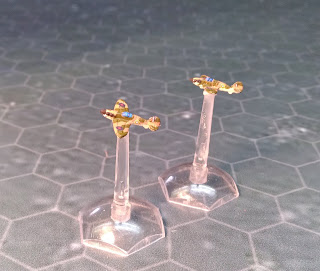 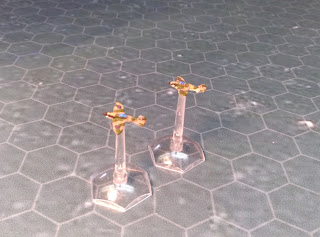 The sharp eyed among you will notice the tail flashes, which are rediculously tiny and hard to get straight. I thought the 1mm fuselage rondels were small enough! I mean, can you see them? I may only bother with tail flashes for flight leaders, or when I'm feeling extra brave and energetic.
I'm very glad that the Japanese and Americans did not utilize tail flashes.
Posted by James at 12:07 PM