Victory out of Defeat

Had an absolutely brilliant game of General d'Armee last night with Scott. My year and a half of intensely focused painting of 28mm Napoleonics bore some good fruit last night. Except for one regiment of French lancers brought to even things up a bit, all of the figures on table are mine.
Game is set during the spring of 1813. The Bavarians are facing a combined force of Prussians and Russians somewhere in Central Germany. I took the Bavarians. Dice rolls determined choice of table edge and who set up first. I won the first, and lost the second. 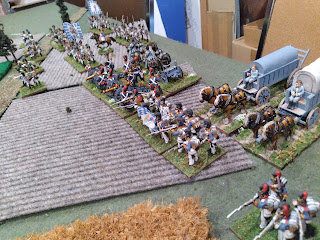 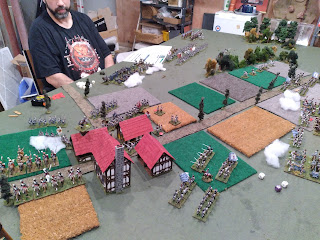 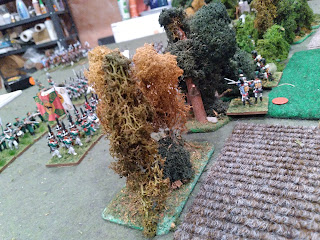 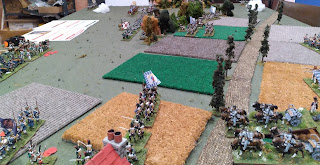 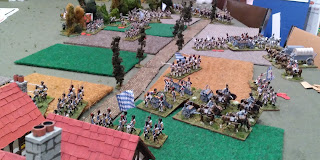 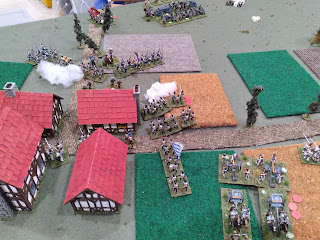 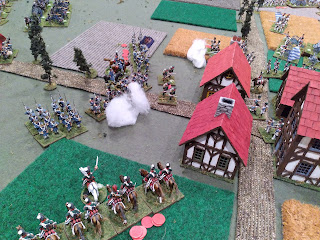 Even though Scott was plagued by bad ADC and brigade rolls, when his troops finally got moving, my right was overwhelmed by weight of numbers. When my right wing went to "Faltering" it was time to concede the table and retreat before the badly mauled Allied cavalry got itself sorted out.

Although I lost the game, I consider it a victory because I had a really great time and felt I could win up until the last couple of turns, and most importantly, I finally put on the table the sort of Napoleonic battle that I think 11 year old me was dreaming about.

Scott and I also have a pretty good handle on the General d'Armee rules too, so things rolled along pretty smoothly and set up to good byes was just over 4 hours.

This gaming break has me reinvigorated to work on more Prussians and Russians.