I finally got the Afghan merchant with goods that I'd gotten a long time back ( last October when I'd ordered the big influx of Taliban reinforcements) done up while painting the dickers. One of the dickers is sitting talking on a cell phone so I used some spare boxes and an extra weapons cache to make him an arms merchant. Maybe he's calling a customer or getting the grocery list to bring home, maybe he's reporting the location of the ISAF patrol? 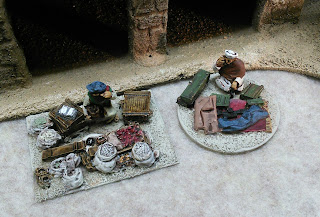 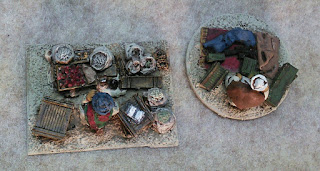 I added some boxes to the War Time Figures merchant too. After priming I realised the top box had some old glue so I made the book out of folded paper to cover that up.

I hope to be able to build in some aspect of questioning the locals and maybe having the ANA or the interpreter along will boost the intelligence gathering. 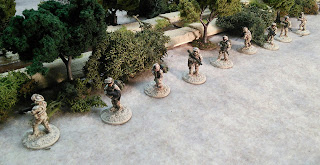 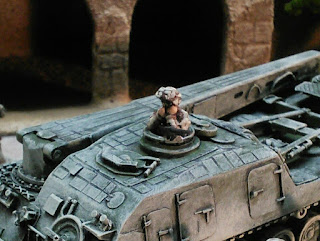 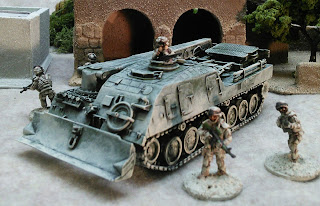 And lurking in the shadows