I actually had these started around Christmas time, but I set them aside to do less detail demanding tasks. 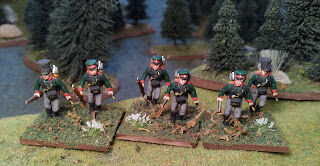 Each sprue of Perry plastic Prussian musketeers has a Volunteer Jaeger running at the trail. As I assembled the three 16 figure battalions from the one box, I also assembled a 6 figure group of rifle armed skirmishers. 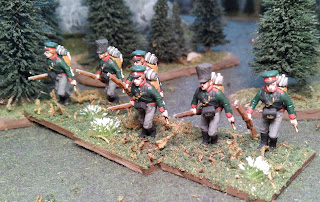 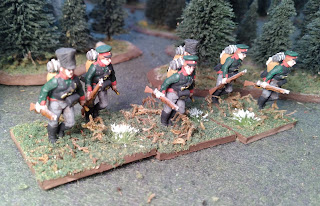 Volunteer Jaeger companies were attached to each Musketeer battalion. Coupled with the Fusilier battalion in each regiment of line infantry, and a Prussian brigade could put out quite a strong skirmish line. I'm sure the Prussians could have benefitted from a skirmish screen in their first game.

With only heads to choose from and varying the position of the right arm, there's only so much variation you can get without radical surgery. 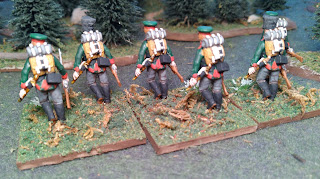 So I guess this a check mark on Phase 4?