In Which Mr and Mrs Rabbitman Dine Out

Mrs. Rabbitman and I haven't been to KEGScon since 2019. We were all set to go last year, but some niggling health problems made me decide to cancel at the last minute. But this year I committed to running a game of Lion Rampant and even painted up more troops for it, booked our hotel room well in advance and made dinner reservations for both evenings.

Mrs. Rabbitman likes going with me. She enjoys the hotel and Chatham has some nice restaurants. So while I was playing, she was enjoying the room, reading, napping and watching TV. Rinse and repeat.

On the Friday night there was a social and whiskey tasting hosted by Hot Lead Team Members Joe, Pablito and David. Brian ran a Battle of Britain game while Pablito and Joe served drinks. I've decided that whiskey tastes to me like turpentine. So I drank water and had a good visit. Then we played Groo the Wanderer card game until far too late for me. I paid for that next day. 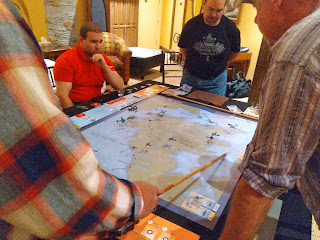 Saturday was the main event. There were about 50 people in attendance participating in 15 games over the morning and afternoon sessions. In the morning I played a Sharp Practice game set during the War of 1812. The scenario was the historical action at Cook's Mill in October 1814, with the Americans trying to cross the creek and outflank the British position at Chippewa. This apparently was the last battle fought in the Niagara theater during the war. 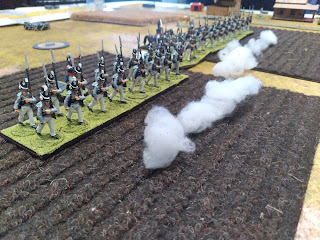 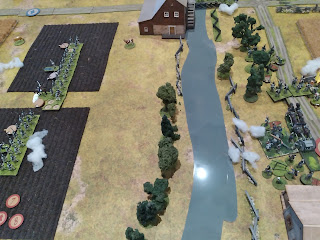 A quick lunch in the hotel restaurant with Mrs Rabbitman and then I had to set up my Lion Rampant 2nd edition game. I decided to give the new pike rules a showing and fulfill a lifelong dream of having a big Swiss army to finally take on my Burgundian army

For once things went the way Charles the Bold would have wanted. The Burgundian archery shot up the advancing Swiss and their attacks were piecemeal. Things were looking shaky on the Burgundian right, but then the Swiss commander was killed in a combat and things fell apart for the Swiss player.
A couple of Burgundian units were battered or routed by Swiss pikes, but not enough and eventually most of the Swiss army was retreating. I think next time I should make the Burgundians a little less shooty. Or Fearful so they have more fragile morale.
The player commanding the Swiss left shared a bunch of pictures with me. 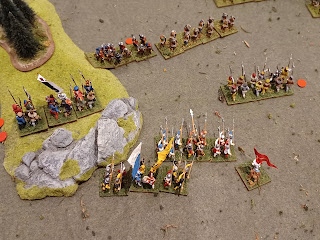 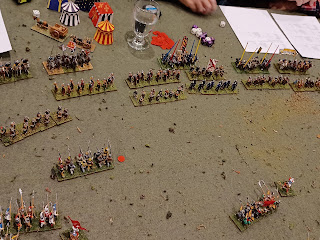 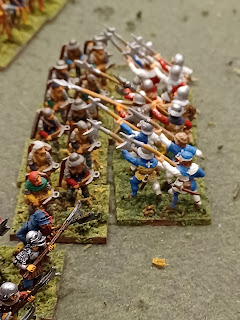 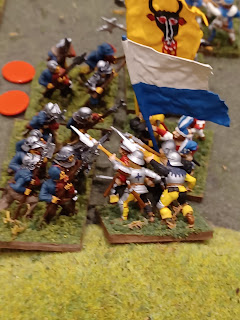 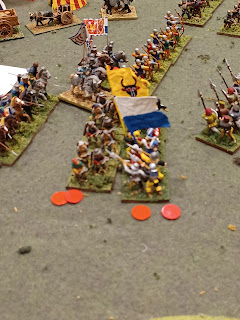 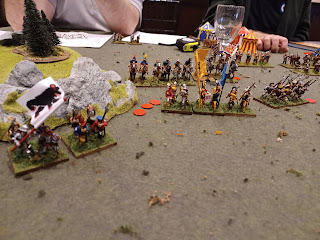 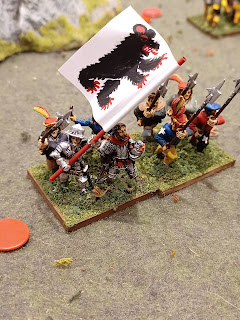 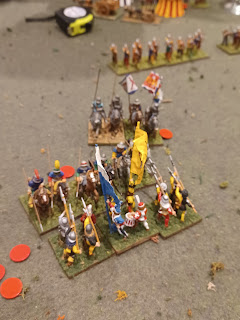 There was some What a Tanker in the evening but I felt like rubbish after dinner so I didn't join in.
Posted by James at 10:38 AM