The next unit of Gripping Beast Gothic cavalry has trotted out of the flocking paddock. I liked the leader waving the sword so much I decided that this group would be my army commander/Gothic Chieftain/Rohirrim Lord with his comitatus. I decided that to mark them out as extra spffy they'd all get grey horses. 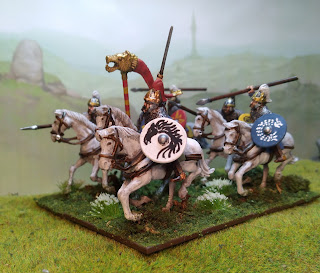 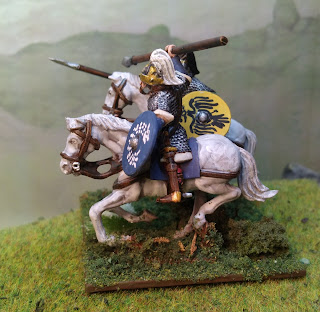 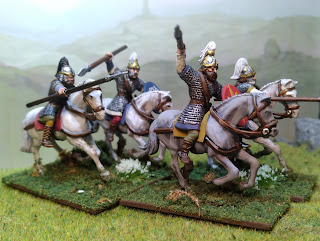 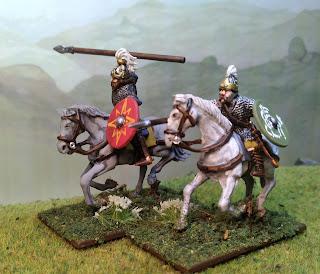 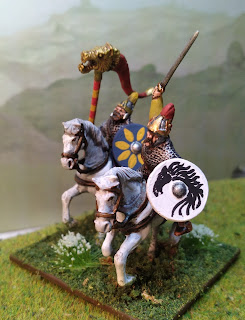 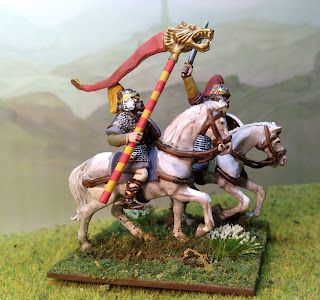 I know JRRT doesn't mention draco standards in the books, but they are a) cool and b) pretty common with ancient central European cavalry heavy armies, so I think the Professor would be OK with them. So very appropriate for my Chieftain when he's a Goth fighting the Romans, and why not when he's Adhelbert, Lord of the North Downs! defending the Northern marches of Rohan from marauding orcs. He missed Theoden's muster to march to the Pelennor Fields and instead fought alongside the Ents and Elves from Lothlorien at the Battle of the Entwash.